Skip to main content
Support
Show
Live Now
Postponed in Observation of Juneteenth | Disease-Related Stigmas, Their Origins, Their Persistence, and Have We Learned Anything to Stop Them? A Comparative Look at HIV/AIDS and COVID-19
Explore More
Close
Article
International Security
Abe Denmark Testifies Before the U.S.-China Economic and Security Review Commission on China's Nuclear Forces
June 11, 2021
Image Credit
Share on FacebookShare on TwitterShare via Email
Share
Live Now
Event

New START and the Future of US-Russia Arms Control

The New Strategic Arms Reduction Treaty (New START) is the last strategic nuclear arms control agreement still in force between the United States and Russia. It will expire in less than 4 months unless extended, and negotiations to that end are now underway. On October 19, Lynn Rusten and Feodor Voitolovsky joined us for a conversation on the American and Russian perspectives on the future of New START and the changing technological and security landscape that will shape the next five years of arms control.

Lynn Rusten
“I would argue that first, the United States and NATO and Russia need to talk more … We need to decriminalize diplomacy and stop treating it like it’s a reward for good behavior. We need more talking and more engagement and mil-to-mil channels and we need to search for actionable steps with Russia to improve the current situation.”

“I’d say if assuming new START remains in place, then even more important than the next strategic treaty is doing something to address the deteriorating security situation in Europe. This is where the risk of conflict through accident or miscalculation is most likely. We’ve got proximity to our forces, short warning times, entanglement of nuclear, and conventional capabilities. This all compounds the risks. We need to reinvigorate crisis management mechanisms, agree on rules of the road, and other measures to reduce dangerous military incidents between NATO and Russia conventional forces, in and around Europe. We need to prevent an arms race of INF range missiles in Europe and we need to reduce risk from non-strategic nuclear weapons.”

“What concerns me in Europe is [that] I think what people are underestimating is the risk of conflict that could start by an accident or miscalculation and a conflict that would start in Europe probably conventionally. We've got the dangerous military maneuvers. We’ve got force in closer proximity. There have been a lot of near misses that are concerning and it would take one to potentially lead to something more dangerous.”

Feodor Voitolovsky
“We need to be focused on thinking about the future. We need to be focused on three very significant results of the arms control process in general, which is very well represented by current the START treaty: first, limitation in number of delivery devices and warheads; second, verification mechanism and confidence building measures including information exchange and technical inspections; third (which is very significant), open architecture for developing technologies for changes in the strategic capabilities of each other, and readiness to integrate new systems according to the prescriptions of the current treaty or preparing the next treaty by including new technological changes the role of new systems - not only strategic offensive but also other systems which are influencing on strategic stability. What we are seeing now is the very high politicization of dialogue on issues which are much more security than political but of course significant for international relations. This politicization has emerged from domestic politics especially in the United States. I think it’s dramatically influencing the environment of dialogue between diplomats and military professionals on both sides.”

“I think that the eclipse of the logic of strategic stability, which has been based for decades on the logic of a mutually assured destruction, is also influencing minds. Of course, there are a lot of new technological factors such as non-nuclear conventional strategic offensive systems such as changes in the development of missile defense systems and some new technological developments in the sphere of high precision conventional weapons and hypersonic systems which are influencing the whole strategic stability. When we are thinking about the next steps in arms control, we need to take into account these factors.”

“I think this approach to the strategic stability and to arms control in general has emerged from overestimating the level of real threats and the level of threats is growing quickly. Sometimes, decision makers prefer to live in a more virtual world than in the world of direct military risk. I think military and technical people have a much better understanding of real threats for both sides.” 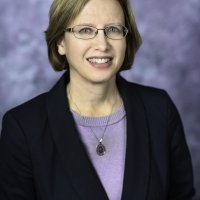 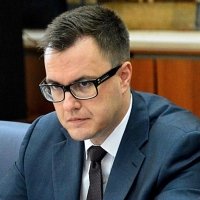