President Obama's mission in visiting Saudi Arabia at the end of March is to reassure King Abdullah of America's commitment to the Saudi kingdom. But with so many uncertainties in ongoing U.S. negotiations with Iran, Israel, and the Palestinians and serious differences between the two over the civil wars in Syria and Iraq, the question is will President Obama succeed?

Wilson Center senior scholar David Ottaway discussed the evolution of U.S.-Saudi relations and the impact of regional crises and issues.

Esfandiari began by commenting on the tension and distrust that currently define U.S.-Saudi relations. She discussed several developments that have caused an estrangement between the two countries. First, Saudi Arabia is suspicious of the U.S.-Iran nuclear talks; second, the Saudis were disappointed by America’s inactive stance toward the Syrian crisis; third, both countries are concerned with Iraq; and finally, the Saudi ambassador was recalled from Qatar, along with the Bahraini and Emirati ambassadors as well.

Ottaway gave a brief historical background of the difficult relationship between the Saudi kingdom and the United States, identifying the 1973 oil boycott as the first major split between the United States and Saudi Arabia. According to Ottaway, two major issues shape U.S.-Saudi relations: terrorism and the Israeli-Palestinian peace talks. Recently, Ottaway argued, the Saudis have been feeling increasingly abandoned and isolated from the United States due to America’s stance against former Egyptian President Hosni Mubarak and ongoing U.S.-Iran nuclear talks, among other things. Saudi Arabia sees its hegemonic position in the Middle East as being threatened. With regard to Syria, Ottaway asserted that the American and Saudi positions are very different—with the Saudis committed to overthrowing Bashar al-Assad and the United States vacillating to take action—and we will witness ongoing disagreements as a result. As for Iraq, Ottaway argued that this represents the worst disagreement between the two countries, with Saudis expressing fear of Iranian dominance of the Middle East. Ottaway stressed that Saudi Arabia sees the selection of Prime Minister Nouri al-Maliki as a shift in the balance of power toward Iran.

Ottaway emphasized the Israeli-Palestinian issue as another point of contention between the two countries, because the United States is unwilling to pressure Israel as much as Saudi Arabia would like. As for the increasing tensions between Saudi Arabia and Qatar, Ottaway considered them “disappointing.” In addition, he stated that the Saudi government is more concerned about the activities of the Muslim Brotherhood than the unity of the Gulf Cooperation Council (GCC). Ottaway expressed the difficult position of the U.S. government, as the Obama administration cannot side with the kingdom given U.S. military interests in Qatar.  Ultimately, Ottaway argued that U.S. leaders have been working hard to verbally reassure the Saudi government of ongoing U.S. support. However, he stressed that verbal assurances are insufficient and the lack of concrete action from the United States will undoubtedly lead to more disagreements with the Saudis.

Prince Turki bin Faisal Al Saud, former Ambassador of the Kingdom of Saudi Arabia to the United States (2005-2007), attended the meeting and responded to Ottaway’s remarks. He first disagreed that Saudi-Iranian relations are strictly defined by animosity. He noted that President Hassan Rouhani is a known personality to the kingdom and has constantly made favorable remarks toward Saudi Arabia, with the exception of one remark that was made on the anniversary of the end of the Iran-Iraq War. While he agreed that the United States and Saudi Arabia had different perspectives regarding Egypt’s 2011 revolution, both countries are now on the same page in terms of supporting Egypt to achieve the goals of its roadmap. Prince Turki expressed his skepticism toward the United States pushing Israel to a peace settlement. As for the GCC rifts, he argued that Saudi Arabia prioritized the unity of the GCC and it is important to see the withdrawal of ambassadors not simply as a Saudi action, but a group effort by other countries as well. Overall, he agreed with Ottaway that the relations between the United States and Saudi Arabia have been difficult. Nevertheless, he identified the Iraqi invasion of Kuwait as a major highlight in Saudi-U.S. relations where both countries cooperated militarily. According to Prince Turki, differences began to emerge as a result of the U.S. invasion of Iraq. He also justified the kingdom’s suspicion of Maliki by noting that Maliki has lost much of his support and popularity among Iraqis.

Audio
Entrepreneurship: Rewarding but Not Glamorous 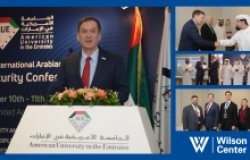 Article
Contemporary Security Challenges and the Peace Landscape for the Gulf and the MENA Region
By Ambassador Mark Green on November 22, 2021 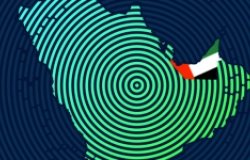