The Ocean: Turning a Climate Change Problem Into a Solution

The Global Europe Program at the Woodrow Wilson Center and European Embassies in Washington D.C. are inviting you to a virtual event on the role oceans can play in mitigating climate change during Earth Week 2021.

Healthy Oceans are a crucial component in regulating the climate on the planet. Although pollution, overfishing and acidification has seriously affected the health of ocean ecosystems, the ocean can also be a source of innovation and optimism in mitigating the effects of climate change by absorbing heat and carbon. The solutions range from blue carbon stored in coastal and marine ecosystems or underneath the sea, reviving and protecting coral reefs, to a sustainable use of marine sources.

“We should be treating the ocean similar to, or the same as, land, because in many ways we have similar issues for both systems.”

“When we respect the law of chemistry and physics and biology on the planet, there is no compromise on reaching our emission goals.”

“If you look at our targets, the first target is set for 2030 and the next 2050. Sometimes people think it’s a long time away, but I think people underestimate how quickly it will be 2050.”

“To give you an indication of the opportunity that lies underneath the North Sea (…) only in the Dutch part of the North Sea, there’s an estimated 1600 million tons of storage capacity available, that can be used for CO2.”

“Only invest in CCS (Carbon capture and storage) if you also invest in all the other technologies, in the real transition technologies. CCS, as I try to explain, is here for a short time to stay within the carbon budget, but of course it doesn’t change the fossil system as such.”

“Similar to a brain challenge such as the conquest of the moon, the Apollo 11 mission, this is a similar challenge. Save the reef, save an ecosystem – or go to the moon.”

“Natural based solutions are effectively more interesting, not only for environmental conditions, but also because most of these ecosystems like seagrass, mangrove and so on are also zoned for carbon sinks. By protecting or restoring these ecosystems, not only will you be able to protect the coast from erosion, but also to build natural carbon sink ecosystems.” 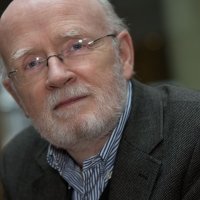 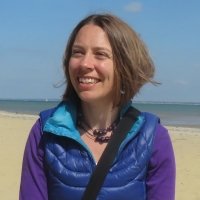 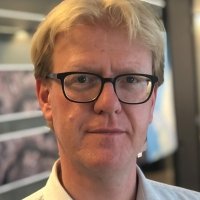 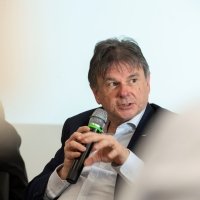