Perspectives on the Future of Greenland

A presentation by Minister Plenipotentiary and Head of Representation for Greenland in the Danish Embassy Mr. Inuuteq Holm Olsen.

Greenland is a dynamic, natural land whose people enjoy a rich and diverse culture. It also has a long history of adapting to social, political, economic, and physical change that is just now capturing widespread international attention. In 1979, Greenland secured home rule status from Denmark, and since 2009, has functioned under a self-rule arrangement. Today, many in Greenland are exploring pathways to full independence.

Greenland has long held a unique, strategic geographic and political position in global affairs.  With the emergence of the Arctic as a high-profile region, its position in world affairs and international science is more important than ever. As Greenland considers it path forward, Arctic and non-Arctic nations and stakeholders are increasingly interested in its future.

Minister Plenipotentiary and Head of Representation for Greenland in the Danish Embassy, Mr. Inuuteq Holm Olsen, presented Greenland’s vision for the futureand responded to questions on a wide range of issues.

This event is the first in a long-term series of programs entitled “The Greenland Dialogues,” convened by the Wilson Center’s Polar Initiative. 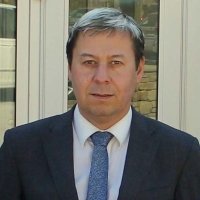