While there has been much research on the effect of valuable natural resource extraction on a state’s domestic development (e.g., the “resource curse”), Wilson Center Fellow Jeff Colgan focuses on how natural resource extraction affects foreign policy. In 'Petro-Aggression: When Oil Causes War,' Colgan finds that “petrostates” – countries where revenue from oil exports exceeds 10 percent of GDP – are twice as likely to engage in inter-state conflict than non-petrostates.

While there has been much research on the effect of valuable natural resource extraction on a state’s domestic development (e.g., the “resource curse”), Wilson Center Fellow Jeff Colgan focuses on how natural resource extraction affects foreign policy. In Petro-Aggression: When Oil Causes War, Colgan finds that “petrostates” – countries where revenue from oil exports exceeds 10 percent of GDP – are twice as likely to engage in inter-state conflict than non-petrostates.

“America has the unfortunate habit of getting into war with oil-exporting states,” said Colgan. Understanding the dynamics of petrostates’ aggressive behavior is therefore a vital security interest.

High oil revenue, due to its dependability and worth, reduces the risk of foreign policy adventurism, Colgan explained, because it lowers the domestic political accountability of leaders.

For example, Iraq’s Saddam Hussein launched an unpopular, expensive, and bloody eight-year war with Iran from 1980-88 and lost a devastating invasion of Kuwait in 1990. Despite these failures, Hussein remained in power until the United States invaded Iraq in 2003.

Likewise, Muammar Qaddafi involved Libya in violent clashes with Chad in the years between 1978 and 1987, sent soldiers to Tanzania and Uganda, and financed global terrorist networks, but remained in power for more than 40 years.

Regardless of whether or not the oil sector is nationalized, oil wealth is often controlled by the state, which leads to clientelism and bought-off political support, Colgan explained. In his book, Colgan writes that Qaddafi was able to benefit from Libya’s oil revenue with “political autonomy that would have been difficult in [oil’s] absence.” This wealth in turn supported his more aggressive tendencies: Libya’s military expenditures were as high as 25 percent of total revenues in some years.

Not all petrostates are created equal, however. “The effect of oil does depend on domestic politics,” Colgan said.

Colgan analyzed militarized interstate disputes in 170 countries from 1945 to 2001. In addition to the delineation between petrostates and non-petrostates, he also found that leadership has a strong effect, specifically whether a state has post-revolutionary leadership or not.

Colgan defines revolutionary leaders as leaders who “transform the existing social, political, and economic relationships of the state by overthrowing or rejecting the existing institutions of society.”

Still, not all petrostates or even petrostates with revolutionary leaders have gone to war.

Edelstein emphasized the role of geography in influencing a state’s behavior. For example, Iran, Iraq, and Libya are able to be more aggressive because of weak institutions and insecurity in the region. Hugo Chavez, however, only engaged in what Colgan referred to as a “war of words” because Venezuela is surrounded by strong neighbors.

Oil income also generates some incentives to avoid war “because there is a financial opportunity cost,” said Colgan.

Conflict may disrupt a petrostate’s oil industry through physical damage to oil wells and pipelines, and targeted sanctions can be levied as punishment for aggressive behavior, like in the case of Iran.

A peace-dividend may offset the opportunity costs of a petrostate’s aggressive behavior as well. For example, Colgan writes in his book that despite poor diplomatic relations between the United States and Venezuela, the United State remains Venezuela’s largest oil importer, and, “it seems clear that oil is providing incentives for Venezuela to avoid a total break with the United States.”

For example, as late as July 1990, the U.S. intelligence community predicted that Iraq would not invade Kuwait, but on August 2, 100,000 Iraqi troops crossed the border, launching what would evolve into the First Gulf War. Understanding earlier that a petro-revolutionary leader like Saddam Hussein was at a higher risk to initiate conflict might have led to a different response from United States and the international community, Colgan suggested.

On the positive side, Colgan pointed to the possibility of better relations with hitherto aggressive petrostates after the first wave of revolutionary leaders is passed. For example, Ayatollah Ali Khamenei, age 73, is one of the last of Iran’s revolutionary leaders. As he and other leaders from the 1979 revolution are gradually replaced, Iran may become less tolerant of risk and therefore less aggressive.

Colgan also recommended that policymakers increase transparency in the oil industry and reevaluate how it is governed. “We need to provide more support for anti-resource curse initiatives,” he said, like the Extractive Industries Transparency Initiative and Cardin-Lugar amendment of the 2010 Dodd-Frank Act. The Cardin-Lugar amendment requires American oil, gas, and mineral companies to report all taxes and expenditures paid to foreign countries. Human rights groups applauded the requirement , but it faced heavy opposition from industry, and the Securities and Exchange Commission only put the rule into effect last August.

“Efforts to manage the resource curse, by putting in place institutions, norms, and practices to better manage the inflow of oil income and enhance domestic political accountability, are in everyone’s interest,” Colgan concludes in his book.

“It would be wise of the United States to end its dependence on foreign oil,” Edelstein concluded. “A world of revolutionary petrostates is a dangerous world, but thanks to Jeff, it is a devil we know.” 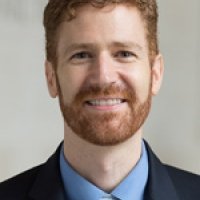