The eave of Arab uprisings of 2011 and 2018/2019 shook the Middle East and Nroth Africa region but failed to bring about permanent change. The weakness of political parties and inability to transform street protests into effective politics, are a major cause of this shortfall. The Middle East Program's Protest and Mass Movements Initiative hosted an expert panel discussion on political parties in the Arab region, which is as MEP fellow Marina Ottaway notes "the forgotten link" in discussions, marking the 10th anniversary of the Arab Uprisings. The event mapped out the political parties scene across the Arab region to highlight how they have evolved, devolved, or folded since the Jasmine revolution in Tunisia set off a wave of protests and revolutions often referred to as the "Arab Spring."

Marina Ottaway believes the issue of weak political parties is a principal factor in the failure of the Arab uprisings to bring lasting political change in many countries across the Middle East and North Africa (MENA) region. “The uprisings have not brought about different political systems. They have failed to routinize the political participation of the crowd.” While the Arab public is more mobilized and organized than it was before 2011, civic participation is sporadic and has failed to establish a permanent place in the political process. Therefore, the ability to disrupt and impact existing political structures is extremely limited.

Amr Hamzawy echoes this sentiment, adding, “What we saw in 2010 and 2011 were primarily networks of young activists driven by what I call single-cause initiatives always pertaining to human rights or human rights violations,” in contrast to a protest movement organized by political parties. The failure of parties to subsequently shape post-uprising political momentum, “led to migration away from political parties in the second wave of the uprising.” Although, he noted that political parties in post-uprising moments always struggle to adapt and leverage the political opening, not just in the Arab or MENA context. Authoritarian governments prioritize maintaining control over formal political spaces, limiting the prospect for parties to expand and thrive. Finally, “Electorate systems play a huge role in structurally discriminating against political parties in the Arab region.”

Further, Arab parties historically fail to bridge the various divides on the ground to create stable constituencies. Hamzawy put forth that political parties are generally urban-centered with little influence over rural areas, therefore failing to engage with an enormous segment of the population in MENA. “The second is the socioeconomic divide,” he argued. “Political parties have been bias toward educated, middle-class citizens… What you left out were Shia majority communities, underprivileged majorities, and vulnerable communities.” Ottaway added political parties must overcome these urban and intellectual biases to be able to have a meaningful impact on Arab constituents.

This contributed to the disenchantment of Arab citizens with politics and the political arena, pushing them away from emergent political parties and toward the government. According to Hamzawy, parties promise to address economic and social needs, yet always fail to deliver. Citizens in turn, turn “largely to the government where the traditional appeal and promise of ‘we will deliver’ continues to live and continues to be relevant.”

Ottaway and Hamzawy urge protest will continue to be a normal feature of Arab social fabrics and polities; the question remains how will governments respond and how effective will organizers be? In the decade since the first wave, political parties have proven ineffective, so, “I don’t think it is worth the effort for the government to try and stop political parties completely,” Ottaway stated. 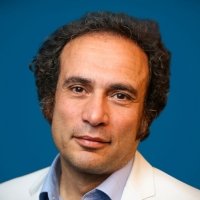