Reassessing Exploration: The West in the World

This seminar talk will review recent efforts to reassess the history of exploration.

Exploration is a subject that carries both mythic and modern associations. Its mythic associations cut across cultures, focusing on the heroic individual whose arduous journey is as much about self-discovery as it is about the discovery of new places and peoples.  In its modern guise, exploration is identified with the rise of the West, and it places emphasis on scientific and technological achievement, state power, and national prestige. What exploration tells us about how we have sought to see ourselves and the world we inhabit is the subject of this seminar talk.

Dane Kennedy is the Elmer Louis Kayser Professor of History and International Affairs at George Washington University. He has written several books on the British imperial experience. The most recent of these is The Highly Civilized Man: Richard Burton and the Victorian World (2005). Kennedy currently has two books in press, The Challenge of the Continents: The British Exploration of Africa and Australia (Harvard University Press) and an edited volume on the history of exploration (Oxford University Press). 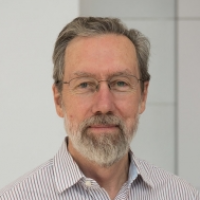