Remembering the Gulag: A History of Coming to Terms with the Past in Russia’s Far North, 1987-2020

After the fall of the Soviet Union, the historical and human rights society Memorial provided an outlet to document and publicize abuses of the totalitarian regime. In the Komi Republic, a region in Russia’s Far North that was home to one of the densest networks of Soviet labor camps, the local Memorial Society received a flood of correspondence, which began during glasnost and continued following the Soviet Union’s collapse. This posed intense dilemmas that revealed both the legacy of the Gulag and the local politics of memory during a revolutionary moment in Soviet and post-Soviet history. Title VIII Research Scholar Tyler Kirk explained this local history and why the story it tells is emblematic of processes that unfolded throughout the world’s first socialist state as it came to an end.

Tyler Kirk
"As those who bore the brunt of Stalinist violence and survived, these former prisoners' life stories served as the basis of an alternate version of Soviet history and this is also what made them so powerful, that they were based upon the details of individual lives of thousands of ordinary Soviet people. And previously, however, the only artistic representation of the camps were presented in the work of the members of the repressed Soviet intelligentsia during Khrushchev's thaw of the 1950s and the 1960s when we have the publication of, for instance, Alexander Solzhenitsyn's famous novella, One Day in the Life of Ivan Denisovich. However, this story was also shaped not just by what former prisoners remembered and the stories they told about themselves and among the community, but also by an ongoing dialogue between survivors and civic organizations, such as the Memorial Society. So this was part of a conversation, a private conversation and a public conversation, that happened at the level of the region between former prisoners in the Memorial Society and also the national conversation that unfolded in the pages of the national press and the regional press."

"The success of this movement was based to a large extent upon the social networks that prisoners formed in the camps that enabled them to survive, the friendships that they made, and these friendship networks. And so, as these informal mutual aid societies that enabled the most vulnerable members of Soviet society to protect one another, or at least try to, from the state, they provided Gulag returnees with a community of their own after release and a much more needed sense of moral support as they reintegrated back into a society that remained largely hostile to them, and they refer to this in their memoirs as being members of the camp brotherhood, members of a community of misfits or comrades in unhappiness... And while these networks helped them to survive after release, they also laid the foundations for what became a community of memory and former prisoners use these friendships and these social networks to spread their story but also to connect with others to get them and their testimonies to the Memorial Society in Komi."

"After decades of silence, why did survivors write about their past? They wanted to be heard, they wanted to share their lives as evidence of past crimes, they wanted to ensure that the story of Stalinist repression was not only told from the perspective of the intelligentsia, they wanted to speak for the dead, their dead comrades, and they also wanted to assert their agency as survivors and not just be known as victims and they wanted to participate in the memory project of coming to terms with the Stalinist past." 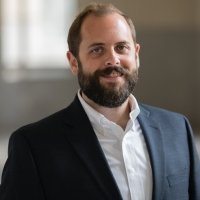