Launching the fifth edition of the biennial report The World's Water, Peter Gleick provides an updated analysis on water, and the political, economic, technological, and scientific issues associated with it.

Ten years ago, natural ecosystems were in decline, about a billion people lacked access to clean water and 2 billion lacked access to adequate sanitation, and the United States did not have coherent national and international water policies. "One could argue that not much has changed," said Peter Gleick, co-founder and president of the Pacific Institute and one of the world's leading authorities on water issues, at a meeting sponsored by the Environmental Change and Security Program on November 16, 2006. Yet he also pointed to signs of change: "There is growing public interest and awareness in water…in part because of the understanding of the connections between water and all the things we care about." Launching the fifth edition of the biennial report The World's Water, Gleick provided an updated analysis on water, and the political, economic, technological, and scientific issues associated with it.

From MTV to the United Nations, water is making waves. After his African tour, rapper Jay-Z teamed with MTV to produce a half-hour documentary about Africa's water problems; and MTV viewers, Gleick noted, are "a different audience than typically hears about [water]." At the same time, both young and old in the United States are beginning to pay more attention to the connection between human water use and degraded ecosystems: "Billions of dollars are being spent in the Everglades. Billions of dollars in California," he said. "We learned with Katrina part of the cost—part of the human cost—of destroying natural wetlands."

The adoption of the Millennium Development Goals (MDGs) is a major sign of progress, according to Gleick. One of the eight goals seeks to reduce by half the number of people without access to clean water and adequate sanitation by 2015. "This is an enormous goal. And it is very, very difficult." Even if this target is reached, he noted, the ultimate goal—reducing to zero the number of people without safe water and sanitation—is still a long way off. Despite any pessimism, though, Gleick lauded the efforts of the United Nations and the countries that committed to the MDGs: "We have explicit targets, and efforts are being made to reach them. And that is new, and that is good." The United States has reinforced its commitment to the MDGs with the bipartisan 2005 Senator Paul Simon Water for the Poor Act. Yet Gleick said that comprehensive water policy still does not exist on the national level: "It is a gap, and it ought to be addressed."

Out With Ideology, In With Technology

Ideology is beginning to take a back seat to cooperative discussions on water issues. "There is a move away from the public-private debate, a move away from the big-small debate. There has been a move away from the ‘no dams' argument," Gleick said. Instead, the water field is moving forward with efforts that bridge sectoral divides and reach across ideologies. Water experts and policymakers are exploring a range of tools to find the most appropriate ones for different places at different times. New water technologies like drip irrigation and water-friendly toilets are helping reduce the burden on fresh water resources.

Using water more efficiently is imperative, particularly in the agriculture sector, which consumes 80 percent of world's fresh water. Flood irrigation has become unnecessary with the invention of drip technology, and therefore, "it is no longer for the industrialized, rich nations of the world," Gleick declared. Inexpensive drip irrigation would allow single farmers to rise above subsistence existence: "They could grow a little more food, bring in income, and reduce the amount of water required to grow food." Many countries are also conserving water by changing or upgrading toilets. "In the Western world we believe in the idea of getting rid of our waste through incredible amounts of water. The rest of the world is not going to solve their sanitation problems with flush toilets," he said, pointing to Mexico City as an example. By replacing leaky toilets in certain areas, the city saved enough water to meet the full water needs of 350,000 residents.

Alongside efforts to use less water are efforts to make new water. Desalination—popular in countries that are water-scarce and oil-rich—has costs and benefits, said Gleick. Extremely expensive and energy-intensive, desalination makes sense in areas where the alternative is equally or more expensive. Yet even if desalination is affordable in a given area, it is not a panacea: "It isn't a truly clean technology because you have to deal with brine." Turning salt water into fresh water produces brine, a concentrated salt solution the U.S. Environmental Protection Agency classifies as industrial waste. If not disposed of properly, brine can damage ecosystems, especially marine environments. One of the biggest desalination plants in the world is under construction in Tampa, Florida; 20 more are planned for the coast of California. "Desalination is in our future," he said. "But it is not going to be common for a while... It is cheaper to conserve water."

Paddling With the Current

"The demand for water is tied to the processes we use, the assumptions we make, and the technologies we implement," Gleick said. "Demand doesn't have to be inexorably growing." And, in many places, it is not. Even as the U.S. population has increased over the last century, water use has stabilized: "Our productivity of water use has gone way, way up. That is great news. And you see the same curve bending over in China, in Europe, and in many other places." Yet while technology has increased the efficiency of water, it is not a silver bullet. Real solutions for the world's water problems require fresh thinking and a change of direction. The traditional course, which Gleick terms the "hard path," relies on large infrastructure projects like dams and desalination plants that are costly and not practical in all areas of the world with growing water stress.

The "soft path" stresses conservation and cooperative—rather than competitive—solutions. After September 11th, water became a bigger security concern, and justifiably so, according to Gleick: "The greatest threat to security in broadest sense is not energy, but water." But he was quick to point out the long history of water-related terrorism: the new edition of The World's Water lists more than 50 examples of water and terrorism around the world since 1700. Concerns over water and conflict may not be new, Gleick said, but water is not necessarily contentious: "Water can be a tool for cooperation, but there is a risk for conflict when we don't figure out how to turn it to cooperation."

Finally, Gleick addressed the importance of the science-policy connection: "Good policy with bad science is very unlikely." Pointing to the buzz around climate change, he called on policymakers to base their decisions on facts rather than distorted information or appeals to emotion. In the 1990s, for example, the Mississippi River experienced two one-in-500-year floods. Some in the media and environmental groups blamed climate change, but Gleick noted that the two floods would still be statistically normal as long as another one did not occur for 1,000 years. Climate change may well be the cause, but rather than enacting knee-jerk policies, policymakers should search out solid science to guide them, he said: "Ultimately, it has got to be information to education to action." 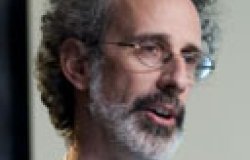