Sudan’s pastoralists gained infamy during the conflict in Darfur last decade, when outsiders described the violence as a result of competition between climate-stressed, semi-nomadic herders and sedentary farmers. But Sudan’s pastoralists may not be as fragile as previously thought and could even hold the key to survival for similar groups in Africa, said a panel of experts at the Wilson Center on November 13.

Sudan’s pastoralists gained infamy during the conflict in Darfur last decade, when outsiders described the violence as a result of competition between climate-stressed, semi-nomadic herders and sedentary farmers. But Sudan’s pastoralists may not be as fragile as previously thought and could even hold the key to survival for similar groups in Africa, said a panel of experts at the Wilson Center on November 13.

Since the 2011 secession of South Sudan and subsequent fall of oil revenues, farming and livestock production have become more important than ever to the Sudanese economy. Pastoralists – who account for perhaps 90 percent of the country’s livestock production – face a host of challenges, including loss of pasturelands due to drought, circuitous migratory routes due to continuing conflict, and the stigma from some that pastoralism does not belong in the modern age.

But new research by Tufts University’s Feinstein International Center and the UN Environment Program mirrors a recent shift in the understanding of pastoralism – “as an asset as opposed to as a problem,” said Saverio Krätli, co-author of the three-year study.

The most important lesson of the study, which mapped out Sudan’s trading and pastoral economy in greater detail than previously available, is that “when environmental variability is the rule, a food production system can do better by working with variability rather than working against it,” Krätli said.

Helen Young, co-author of the study and research director at the Feinstein International Center, explained that pull factors, such as known water sources, dictate pastoralist movement – often blamed for tensions – more so than push factors, such as an extreme drought or conflict. “But most interventions and methodologies embed assumptions of uniformity and stability, and so they are poorly fit to operate in conditions where time-related differences are crucial,” Krätli said.

Efficient production depends on knowing where to go when, or “strategic mobility,” obliging pastoralists to operate on large networks of shared intelligence, explained Krätli. Traditional information centers, like markets and water points, are still useful, but mobile phone use has spread rapidly. “The introduction of cell phone technology in pastoral areas has really opened up a whole new horizon of possibilities and has changed in the deepest possible way the condition of being mobile,” Krätli said.

Mobile phone use has implications for security as well, Krätli said: “The minute [there is] complete coverage, the very notion of remoteness becomes much more relative, linking the importance of complete coverage not only to the effectiveness of pastoralist production but also to the possibility of keeping a vibrant society, a state-related society, in these remote areas.”

Many remote areas still lack cell coverage, however, and though beginning to make their way into some regional policies, including the N’Djamena Declaration in Chad this past May, these important dynamics of modern pastoralism are rarely taken into account by international interventions, said Krätli.

“You can understand a lot about the conflict dynamics by understanding trade dynamics – who’s trading with whom, where is it safe to trade, [and] which trading routes the trade is using,” explained Margie Buchanan-Smith, a visiting fellow at the Feinstein Center. Her research with Youssif El Tayeb, executive director of the Darfur Development and Reconstruction Agency, focused specifically on Darfur, which accounts for a quarter to a third of Sudan’s livestock and around a third of the national groundnut harvest.

Hussein Sulieman, director of the Remote Sensing Department at the University of Gedarif in Sudan, helped Buchanan-Smith and El Tayeb use GPS to track herders on their typical south-north migration routes. They found pastoralists adapted in multiple ways in order to avoid conflict in Darfur. For example, during a violent flare-up between the Rizeigat and Maalia groups this summer the central camel trade in Millet moved to the more stable locality of Seraf Omra; herders reduced the size of their herds in order to reduce risks and increase flexibility; and some herders employed armed escorts.

However, adaptation incurs costs, and Buchanan-Smith and El Tayeb estimated that livestock trade in Darfur may have contracted by as much as 50 percent in the early conflict years. Herders also reported declining quality of livestock, Buchanan-Smith said, which is likely due to more limited access to nutrient-rich pasture lands. Cash crops, such as groundnuts and sesame, have had similar contractions in production as well as deteriorating quality, but those farmers that are trading have increased local cooperation to do so.

“In both the livestock trade study and the cash crop study, we found examples of trade agreements being made between groups that were otherwise hostile to each other in the current conflict,” said Buchanan-Smith. Adversary groups in North Darfur, Libya, and Egypt have made arrangements to escort livestock through dangerous zones in order to maintain the long-distance camel trade, while the thriving orange trade from Jebel Marra also manages to cross conflict lines successfully.

These trade agreements, developed as the traditional pastoral and trade system adapts, create an opportunity for peacebuilding that policymakers and the international community should harness, said Buchanan-Smith and El Tayeb.

Young, Sulieman, and Krätli’s research reveals an expansive local system of natural resource governance with multiple roles and functions for land throughout the year and integration of both livestock and cash crop production systems. El Tayeb urged researchers and policymakers to consider these land use practices as a model to build on rather than trying to replace them with western practices.

“When a conflict [is] going on for a decade and more, it’s incredibly important to understand the bigger picture and to understand what’s happening in terms of the wider economy, particularly to inform any interventions to support livelihoods and to find ways of actually supporting the economy in the longer term,” said Buchanan-Smith.

The western method of agricultural intensification, pursued by many international interventions in the country, is to reduce variability as much as possible and use science and technology that exploits uniformity and reinforces stability, said Krätli. But those methods are for temperate climates. Instead of trying to replicate the same approach in Darfur and other pastoral areas of sub-Saharan Africa, researchers and policymakers should try to better understand the existing systems and figure out what the modern age of pastoralism looks like, he argued.

“The only way we have understood modernization has been to transfer the solutions we already had developed for the temperate environments…to the dryland environments, off-the-shelf, second-hand. Now we understand that there is a fundamental difference, and we don’t really know what the modernization of pastoralist systems will be. The work has to be done.” 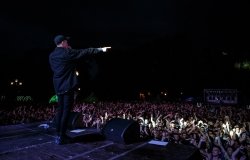