Romania’s “Fraternal Support” to North Korea during the Korean War, 1950-1953

Wilson Center Public Policy Scholar Radu Tudorancea will shed light on what was in fact a coordinated division of labor among communist regimes, marking the high point in Socialist bloc cooperation.

Newly declassified documents form Russian, and more recently Chinese archives have revealed many details about Soviet and Chinese aid to North Korea throughout the Korean War. Less is known about the support rendered by North Korea’s other “fraternal” allies who did not directly commit troops or military supplies. Based on newly obtained documents from Romanian State and Foreign Ministry archives, Radu Tudorancea, Public Policy Scholar with the Wilson Center’s History and Public Policy Program and Researcher at the Nicolae Iorga Institute of History, Bucharest, Romania, will discuss the People’s Republic of Romania’s “fraternal” support to North Korea from 1950 to 1953, shedding light on what was in fact a coordinated division of labor among communist regimes, marking the high point in Socialist bloc cooperation. Tudorancea will discuss state sponsored economic and material support to the DPRK, public campaigns, and the adoption of North Korean war orphans by Romanian families.

Joining Tudorancea on the panel as commentator will be Xia Yafeng, Wilson Center Fellow and Associate Professor of history at Long Island University.  Xia is the author of the forthcoming NKIDP Working Paper “China and the Post-War Reconstruction of North Korea, 1953-1960,” which examines Beijing’s assistance to North Korea after the Korean War.

Xia Yafeng is currently a Fellow at the Woodrow Wilson International Center for Scholars, an associate professor of history at Long Island University in New York and a guest professor at the Center for Cold War International History Studies, East China Normal University in Shanghai. Xia obtained a Ph. D. in modern diplomatic history at the University of Maryland, College Park in 2003. Prior to his academic career, Xia served in the Chinese Foreign Service, including three years at the Chinese Embassy in Washington D.C. from 1995 to 1998. In addition to numerous publications in Chinese, he published Negotiating with the Enemy: U.S.-China Talks during the Cold War, 1949-72 with Indiana University Press 2006.

Radu Tudorancea specializes in the history of South-East Europe, regional cooperation in the Balkans, the Cold War and Romania after 1945, on which he has published a number of books and articles. He graduated from the University of Bucharest in 2000 with a degree in history. He pursued a Master’s Degree shortly thereafter, in International Relations. As a post graduate student, Tudorancea achieved a Master’s Degree in Southeast European Studies, a program initiated by the Stability Pact and hosted by the University of Athens. By 2009 he obtained his Ph.D. from “Nicolae Iorga” Institute of History of the Romanian Academy with the focus on “Romanian-Greek relations during the interwar decades 1919-1939”.

Since 2004, Tudorancea has been a member of the Romanian-Russian Commission of historians concerning the Romanian Treasure in Moscow and the Editorial Board of “Studies and Materials of Contemporary History”. Between 2007-2008, Tudorancea helped to develop educational software for SIVECO Ael e-Content Department in the field of history. 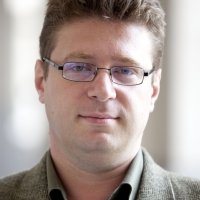