So Canada Left Kyoto: Why? and What’s Next?

On December 12, 2011, Canada declared its intention to formally withdraw from the Kyoto Protocol. The decision set off a variety of reactions towards Canada, a nation with a generally progressive environmental record. The Canada Institute has organized this event to evaluate the reasons why Canada chose to leave Kyoto, how Canada can move forward in being a responsible steward and what impact Canada’s decisions can have on international environmental governance in the future.

So Canada Left Kyoto: Why? and What’s Next?

Canada’s decision to leave the Kyoto Protocol late in 2011 created some controversy in the environmental community. Many wondered why a generally progressive environmental country such as Canada would pull out of the landmark agreement. To discuss this topic, the Wilson Center’s Canada Institute invited David McLaughlin, the president and CEO of the National Roundtable on the Environment and the Economy, to discuss the reasons for Canada leaving Kyoto and what plans the government has in place to continue alternate climate change policies.

McLaughlin demonstrated that Canadian governments had suggested for some time that their Kyoto targets would be impossible to meet. With growth in Canada’s oil exports continuing to increase, McLaughlin argued that the writing was on the wall and Canada would have no choice but to withdraw or face high penalty costs for non-compliance. Going forward, McLaughlin stated that Canada must look at its targets on a sector by sector basis.

Peter Stoett, the Fulbright Canada – Wilson Center Chair, then discussed how the Canadian government might contribute to environmental finance in lieu of its Kyoto commitments. Stoett advocated for more investment in climate adaptation to help groups and individuals cope with climate change. Stoett accepts that there will be accounting difficulties with this type of program; however, he insisted that the costs of inaction will be far greater than any investment made today.

Finally, Andrew Light, a senior fellow at the Center for American Progress, discussed the various forms and directions that international environmental governance will take in the coming years. Light detailed some of the positive effects of Kyoto, including the clean development mechanisms that are still in place. While Light sees many positive developments with the Durban platform, he is worried that no international framework exists post-2020. Moving forward, Light sees the Green Climate Fund finance mechanism as the optimal option in reducing emissions.

After the panelists gave their comments, Ruth Greenspan Bell, a public policy scholar at the Wilson Center, asked what the opening of the Arctic means for Canadian climate issues. McLaughlin responded that the government is differentiating between Kyoto-like investment and the adaption costs that Stoett discussed. When asked about Canada’s current plans, Light went further to applaud Canada for its recent focus on short-term pollutants. He also used Norway as an example of a country that has a small population but is a large fuel producer, which has doubled down on climate finance. Both Stoett and Light were encouraged by provincial action on climate finance in Alberta, a key carbon producer taking responsibility for its emissions.

This program was produced in partnership with the Embassy of Canada. 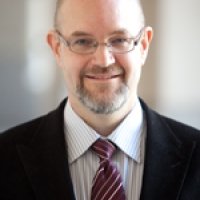