Since the 1990s, Southeast Asia’s financial elites, entrepreneurs, and growing middle class alike have been cultivated by the Anglophone higher education system. Unlike previous generations that strengthened ties to the United States through military training, this newly emerging American-influenced elite should have emerged as a major asset for broader U.S. foreign policy objectives and influence in the region. Yet its influence on foreign policy has been overlooked and its implications too have been misinterpreted. Surprising too is the fact that the Anglophone trained elites have emerged as vocal critics of the United States in the region. In spite of U.S. business commitment to the region on the one hand and heightened competition with China on the other, the Anglophone network has not encouraged their countries to side with the United States. Join us for an online discussion about the dynamics of Southeast Asia’s Anglophone elite network and relations with Washington, with a particular focus on Indonesia and Thailand.

Nobuhiro Aizawa is a Japan scholar with the Wilson Center’s Asia Program and an associate professor of Kyushu University’s Department of Cultural Studies. He specializes in the fields of Southeast Asian Politics, International Relations, Overseas Chinese Studies and Comparative Politics. Previously, he was a researcher at the Institute of Developing Economies at the Japan External Trade Organization (JETRO). He also has worked at the National Graduate Institute of Policy Studies and has been a Visiting Fellow at both Cornell University and Chulalongkorn Universities. He received his BA in law from the University of Tokyo and PhD from Kyoto University’s Graduate School of Asia and Africa Area Studies.

Irene S. Wu is a former fellow of the Wilson Center and adjunct professor at Georgetown University. Focusing on measuring soft power in the international system, she recently published a chapter on international education and soft power in Cultural Values in Political Economy(forthcoming Stanford University, 2020) and a chapter on China’s regulatory frameworks in Policy, Regulation and Innovation in China’s Electricity and Telecom Industries (Cambridge, 2019).   She is also author of Forging Trust Communities How Technology Changes Politics (Johns Hopkins University, 2015), that featuring case studies of how both activists and governments have exploited the latest communications innovations toward their own political goals. She is also a senior analyst in the Office of Economy Analysis at the  U.S. Federal Communications Commission. She received her B.A. from Harvard University and Ph.D. from Johns Hopkins University’s School of Advanced International Studies.

Shihoko Goto is the deputy director for geoeconomics and senior associate for Northeast Asia with the Wilson Center's Asia Program. She is a contributing editor to The Globalist magazine and a columnist for The Japan Times. Prior to joining the Wilson Center, she spent over a decade as a financial journalist for Dow Jones News Service and United Press International focusing on the international political economy. She was also previously a donor country relations officer at the World Bank. She received a BA in modern history from Trinity College, University of Oxford and an MA in international political theory from Waseda University. 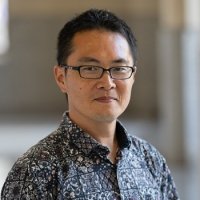 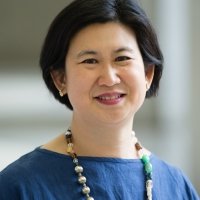