Recent mass protest rallies in Russia are often analyzed in terms of their economic and political ramifications. This panel will instead consider the historical context of protest activism in contemporary Russia. Participants will examine how different contemporary political activists and artists perpetuate, deconstruct, or subvert both the official line as well as dissent traditions in contesting state monopoly over the public space.

The Kennan Institute’s Billington Fellow Dmitry Kozlov considered the spatial dimension of public protests in the Soviet Union and Russia. He was joined by Professor Kevin Platt of the University of Pennsylvania, who examined anti-state aesthetics in the post-modern politics, and Mikhail Nemtsev, who discussed absurdist protest movements in Novosibirsk.

The seminar was followed by a light reception.

The James H. Billington Seminar on Russian History and Culture is made possible through generous support for the Billington Initiative at the Kennan Institute.

Above Image: Meeting of the "Democratic Union." March 12, 1989, USSR. Photo Credit: Archives at the Research and Information Center "Memorial."

“The city space became not only the medium for the protest action, but also the protest message itself. Public action in conditions of limited civil freedoms is not unlimited political demands, but the manifestation of the moral and political right to the voice.”

“The official Soviet regime of publicity did not imply the very possibility of public contesting state politics by society, not only because of the extensive control and repressive apparatus. It was also the consequences- direct consequences- of the Marxist idea of sublation of the opposition between state and society, after the transition to socialism.”

“The Red Square shaped the protest message of this demonstration. The Red Square, as you know, is the heart of the country, and the implementation of the regime of publicity that I described allowed only a demonstration of support for the Soviet Union to be expressed here, near Kremlin walls. No protest actions. And it was a place very important for the Soviet pantheon, symbolically, because there is the Lenin mausoleum and the great revolutionaries and Soviet leader. Thus, it wasn’t surprising to anyone that all of the dissidents and participants in this demonstration were detained.”

“The only true test of whether political art and literature of this sort is sincere or merely a posture is actual engagement in protest, actual risk of loss and genuine investment in political action.”

“The last decades of state socialism were a time when art and literature in the USSR seemed to many people to be really important and inherently political. Everyone, the state authorities, the official artistic establishment that supported, or at least didn’t oppose the regime, and the unofficial artists who carried out their own programs without official approval- Everyone agreed that art was deadly serious and a potent force in society.”

“What is interesting is that the history of demonstration is actually this fight with the city [and] authorities for the right to get to the center.”

“Monstration is still a kind of paradox. It is discussed, people try to somehow produce a good interpretation of what is it, why is it interesting to be there. It appeared just accidentally, so no-one planned this innovation. It’s emerged just as the idea of several persons to mock communist demonstrations, but since then it became an influential city event.” 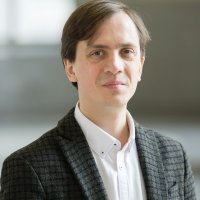 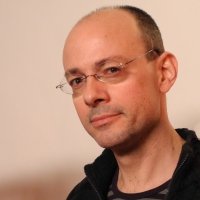 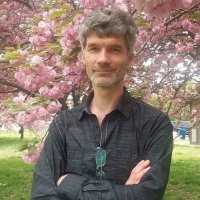