Stalin and the Black Book of Soviet Jewry

In this event, excerpts were screened from Israeli filmmaker Boris Maftsir’s upcoming documentary exploring the fate of the Black Book. The director joined experts to consider Stalin’s views and policies vis-à-vis Soviet Jewry.

Embassy of Israel in the United States

Leadership, Ethics, and Practice Initiative at the Elliott School of International Affairs

In 1944, Soviet writers Ilya Ehrenburg and Vasily Grossman together with the Jewish Anti-Fascist Committee prepared a 500-page book of testimonials about the mass murder and resistance of the Soviet Jews during the Holocaust. Shortly before publication, Stalin reversed his decision to publish the book, members of the Jewish Anti-Fascist Committee were executed, and silence descended upon the memory of the Holocaust. The Black Book would not be published in Russia until 2014. In this event, excerpts were screened from Israeli filmmaker Boris Maftsir’s upcoming documentary exploring the fate of the Black Book. The director joined experts to consider Stalin’s views and policies vis-à-vis Soviet Jewry.

This event is part of a series organized by the Kennan Institute in honor of the International Holocaust Remembrance Day, with support from the Embassy of Israel in the United States and Rabin Chair Forum at George Washington University. For more information about the series, please visit our website.

“For me, the most important [factor] is the politics of memory now. Until [now], Ukraine, Russia, Latvia, [and] Lithuania will not say ‘It is our history, it is our story, it happened to our people.’ No chance. [They] will say ‘the Jewish story,’ ‘the Israeli story,’ it will be ‘their story.’”

“Seventy-five year after the events, we continue to focus on the Holocaust, as we are today. None of this was true in the USSR, and none of it is true in Russia today.”

“From the Soviet point of view, I think, the perspective was that [the Holocaust] is a tragedy, but it is only one part, perhaps a significant part, of a larger tragedy – namely, the murder of civilians by the fascists. The fascists are those who represent the lowest point, or the highest point, I am not sure which it is, of capitalism. Essentially, this was a war between socialism and capitalism.”

“The Soviet Union was in a very unique position in World War II after the German invasion in June 1941. It was the only country in Europe occupied by the Germans where the national government not only remained in place – Stalin’s regime – but mounted a resistance: the resistance of the Red Army, the partisans, the air force, the navy. It is important to recognize how prominent Jews were in that effort, and it’s often forgotten.”

“I think it is fair to say that Ehrenberg, in particular, may have been among the first people in Europe to grasp the full magnitude of what the Germans were doing.” 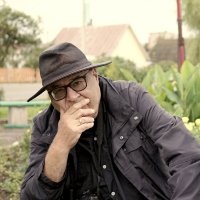 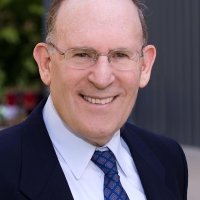 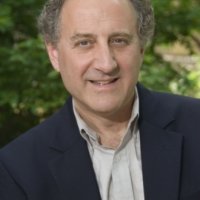 Associate at the Davis Center for Russian and Eurasian Studies, Harvard University 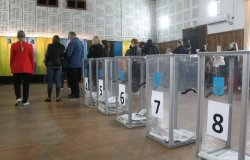 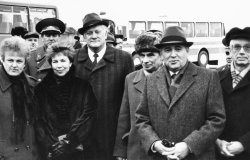 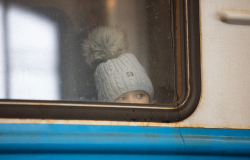