Sudan: From the CPA to Separation

After the conclusion of a conflict that spanned five decades, the Comprehensive Peace Agreement outlined a pathway to bring about the end of the bloodletting and the birth of a new nation: The Republic of South Sudan. Tim McKulka, a photographer with UNMISS, presents, "We'll Make our Homes Here" a book about Sudan through the eyes and words of Sudanese people.

Jok Madut Jok, Under Secretary, Ministry of Culture, Government of the Republic of South Sudan 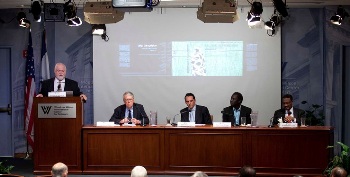 “I envision this book being used as a peacebuilding tool and a way for the Sudanese people to see the totality of their country that very few have had an opportunity to experience,” stated Tim McKulka of the United Nations Mission in the Republic of South Sudan and author of We’ll Make Our Homes Here: Sudan at the Referendum, a publication which takes the reader on a photographic journey of all 25 states from the Comprehensive Peace Agreement (CPA) until the moment of secession.  McKulka said that this work was not intended to “promote unity or separation, but rather to document the country.”  The author maintained that the primary focus of this book is to delve into the questions of “How do you define Sudan?  How does Sudan define you?  What is Sudan to you personally, culturally, and politically? Who is a Sudanese? And what does it mean to be Sudanese?”

With respect to culture, excerpts read from some South Sudanese contributors to the volume reinforced the idea that “culture, as a vehicle makes us more tolerant in the handling of difficult and trying times; it makes us warm up to each other and focuses our needs of overcoming conflicts, on the basis of managing diversity. And in the face of those with whom we find ourselves in conflict with, we resort to our cultural heritage which tells us to engage and not fight them, but seeks to settle, and resolve conflicts for the sake of the nation.”  McKulka 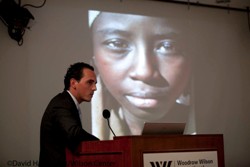 juxtaposed this sentiment with another passage which stated that “the geographical reality of Sudan is defined by its international borders, largely crafted by foreign powers and their national interests in the late 19th century.  Internally, however, a myth of what Sudan should look like, rather than what it actually is, has been created in the last 50 years and it presents a false identity of Sudan as an exclusively Islamic and culturally Arab nation in the heart of Africa.  This mythical Sudan is a country that I, and I believe millions of others, would not wish to be a part of.”

Under Secretary of Culture for the Republic of South Sudan, Jok Maduk Jok, both a panelist and contributor to “We’ll Make Our Homes Here,” directed the audience’s attention to the concepts of nation-building and identity.  He stated that “nations are made and not born.  And just as much as individuals can create their identity, nations can also build what will become a national identity and my own involvement in the Government of South Sudan is focusing on this very endeavor to transform the State of South Sudan into a Nation of Sudan.  The two are not always the same.” 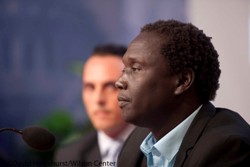 He clarified that though they were two sides of the same coin, nation-building is people-centric and state-building is more concerned with infrastructure and service delivery.  The Under Secretary continued by saying that this work is particularly salient in that South Sudan, home to 60-plus distinct ethnic groups, had a “negative unity” against Khartoum that was void of deliberate undertakings to bind the nation of South Sudan together and that the country is at risk of unraveling completely.  Jok reasoned that to achieve this end, the government must strive to institute policies that help people graduate from the notion of “ethnic citizenship” to one of “national citizenship.”  Jok concluded his remarks by arguing that unless the “mini-wars” among southerners spawned from the legacy of the North-South conflict are resolved, “divisive ethnic identity” is going to undercut national cohesion.

Alan Goulty, former British Ambassador to Sudan, in citing former Sudan’s People Liberation Army (SPLA) leader Yousif Kuwa, stated that “extending the hand of friendship and reconciliation” is that which Sudan desperately needs, an approach that emphasizes “the needs of the people and less of the warlord approach.”

The Identity and Education Paradigm

Ambassador Nureldin Satti (ret.), United Nations Education, Scientific and Cultural Organization (UNESCO) Representative in Ethiopia, Djibouti, the African Union and Intergovernmental Authority on Development (IGAD) spoke of the centrality of one’s past and identity in building a lasting peace.  Ambassador Satti stressed the necessity of finding ways to manage “the interrelation of the past, present and future.”  Whereas the “past” can be wielded as a “weapon or a fortress to fight others or to protect or preserve [oneself] from others,” “identity” is capable of providing a pragmatic platform for “sharing and finding a common ground.”  Furthermore, he outlined the importance of the use of education “as a vehicle to convey history to the future generation” and the sharing of the unifying characteristics of the Sudanese people.  On We’ll Make Our Homes Here, Ambassador Satti maintained that Tim McKulka’s work served as a photographic narrative on the issues of tolerance, diversity, Africanism and interdependence. 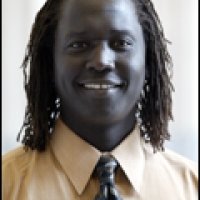 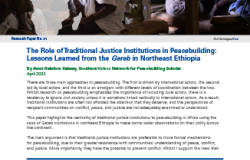 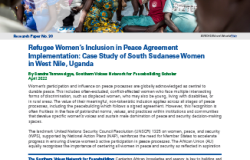