The discussion on Sudan focused on recent developments relating to the ongoing popular protests there, as well as the government’s response. Participants also considered the prospects for a transition period in Sudan and its implications for stability and democracy in Sudan and the region. Regarding South Sudan, the discussion focused on the upcoming May deadline for the end of the pre-transition period. With many key aspects of the peace agreement still unimplemented, the country is now at a critical juncture. Participants spoke on the opportunities and methods for international engagement in both countries, and emphasized that stakeholders must not overlook the issues they are facing. The event was a timely opportunity for open analysis of evolving issues in both countries.

Through the Sudans Working Group, the Africa Program provides a platform for engaging U.S., African, and international policymakers and stakeholders in inclusive and forward-leaning dialogue aimed at advancing the prospects for peace, security, and development between and within the Sudans. The Sudans Working Group is co-chaired by Ambassador Alan Goulty and Ambassador Nureldin Satti. 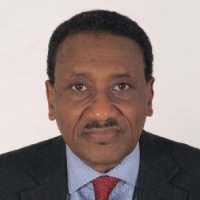