The Arab World Upended: Revolution and Its Aftermath in Tunisia and Egypt

As Egypt marks the sixth anniversary of the overthrow of Egyptian President Hosni Mubarak, David Ottaway's new book The Arab World Upended: Revolution and Its Aftermath in Tunisia and Egypt undertakes to track the similarities between the 2011 uprisings in Tunisia and Egypt and the great Western revolutions. It also seeks to explain why the two Arab uprisings experienced such vastly different outcomes and examines the likely enduring legacies of these first two major Arab revolutions of the 21st century on the politics of the entire region.

The Arab World Upended: Revolution and Its Aftermath in Tunisia and Egypt

Two experts discussed the critical trends that led to the uprisings in Tunisia and Egypt in 2011 and made predictions on possible future developments in both countries.

Ottaway opened the conversation by stating that he found historian Crane Brinton’s stages of revolution, outlined in Brinton’s book The Anatomy of Revolution, to hold largely true for the 2011 mass movements in both Tunisia and Egypt. Ottaway drew parallels in Egypt and Tunisia to many historical revolutions, particularly regarding the initial “honeymoon period,” to “dual sovereignty” of moderates and radicals and the “extremists’ triumph” up until the “Thermidorian Reaction” of the population to restore a strong leader. Looking at the counter-coups that overthrew the Muslim Brotherhood in Egypt and Ennahda in Tunisia, Ottaway analyzed some of the political Islamists’ mistakes. He described the post-revolutionary settings in both countries as very delicate and pointed to the unleashed potential for further uprisings, particularly among the large numbers of unemployed university graduates. With regard to Egypt he alluded to antagonism between the increasingly organized civil society and the repressive regime, while in Tunisia new institutions and strong civil society groups seem to be working together. Ottaway concluded that in both cases, fatigue combined with post-revolutionary tension are dominating the scene which makes it difficult to predict a way forward.

In her remarks, Wright alluded to five larger themes in the book. First, she pointed at human progress in the region as a result of improved access to knowledge and modern technology. Second, the related rise of new media broadened the traditionally narrow political landscape in both countries and exposed entire generations to a diversity of opinions. Wright found that these two factors largely contributed to the populations’ dashed expectations, which did not only contribute to the uprisings but continue to demonstrate themselves in low voter turnouts, particularly among youths. Third, Wright discussed the pivotal role of the labor movement in building up a pre-revolutionary environment in both Tunisia and Egypt. She further emphasized its potential to mobilize the youth to potentially start a next wave of revolution. Fourth, Wright highlighted the lack of leadership among Sunni Muslims which led to rather fragmented religious movements. The lack of a coherent Islamist model, according to Wright, has contributed to the success of extremist ideologies. Lastly, as the movements failed to introduce any groundbreaking ideas, she questioned whether the popular uprisings in Tunisia and Egypt were actual revolutions or rather the expression of the combination of larger global trends of the century, including the rise of human rights and modern communication technology. In response to this assessment, Barkey added that no major economic shifts have taken place in neither Tunisia nor Egypt. Despite the replacement of leaders, he highlighted the absence of a class-based mass movement. He concluded that it is “too early to tell” if the uprisings will still be referred to as revolutions in the future.

In the question and answer portion of the event, the panelist discussed the consequences of current regime policies on future developments in both countries. The harsh oppression of the opposition in Egypt is likely to foster the mobilization of the jihadist movement. In Tunisia, the persisting presence of elements of the ancien regime in the highest echelons of government could represent an obstacles to “real change” as requested by the people. Asked about the role of U.S. foreign policy in shaping the future of both countries, the panelists emphasized that the new U.S. administration is likely to prioritize stability over values and that Egypt’s President Sisi could be the cornerstone of U.S. policy in the Middle East. 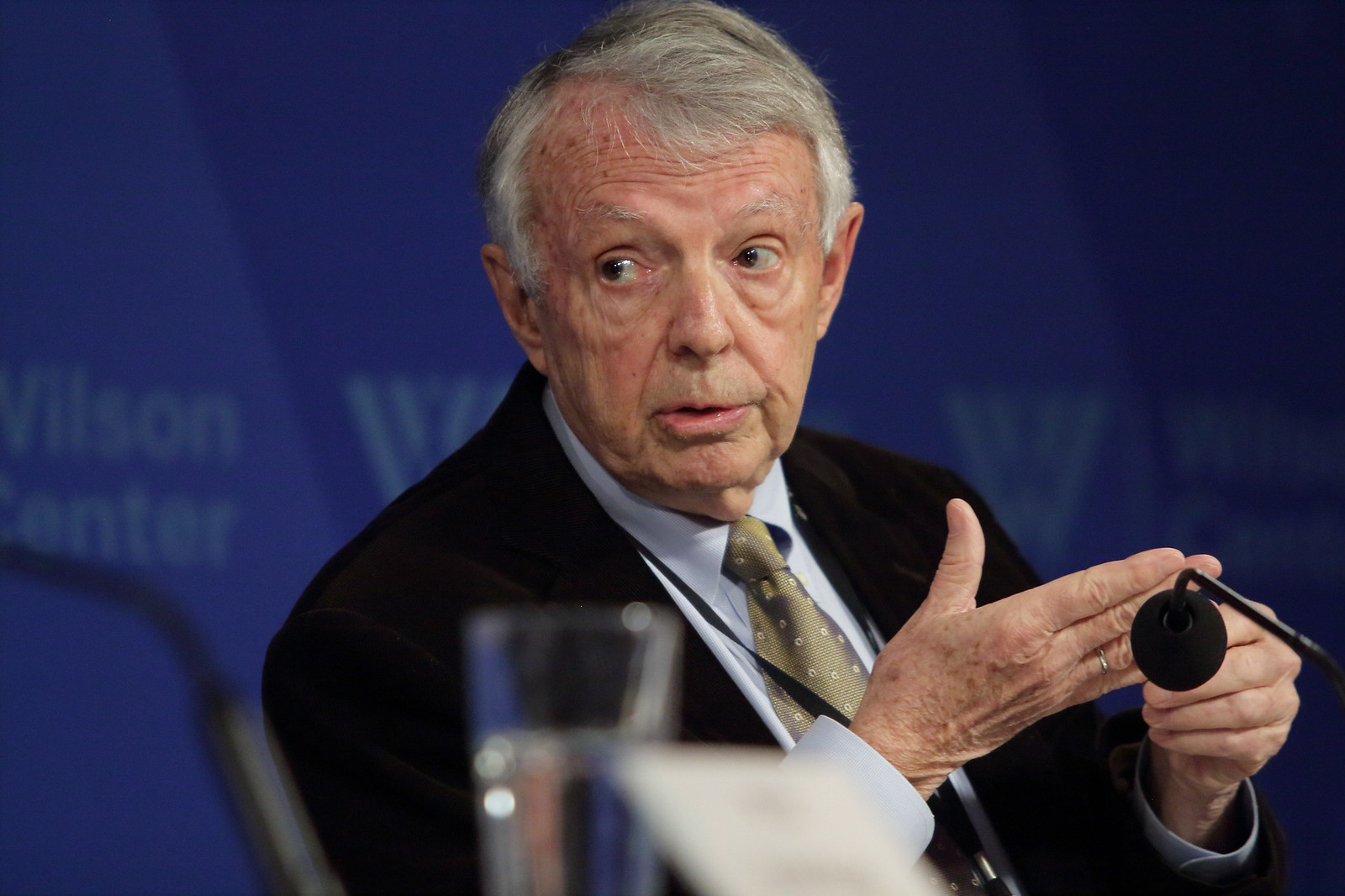 As Egypt marks the sixth anniversary of the overthrow of Egyptian President Hosni Mubarak, David Ottaway's new book The Arab World Upended: Revolution and Its Aftermath in Tunisia and Egypt undertakes to track the similarities between the 2011 uprisings in Tunisia and Egypt and the great Western revolutions. It also seeks to explain why the two Arab uprisings experienced such vastly different outcomes and examines the likely enduring legacies of these first two major Arab revolutions of the 21st century on the politics of the entire region. 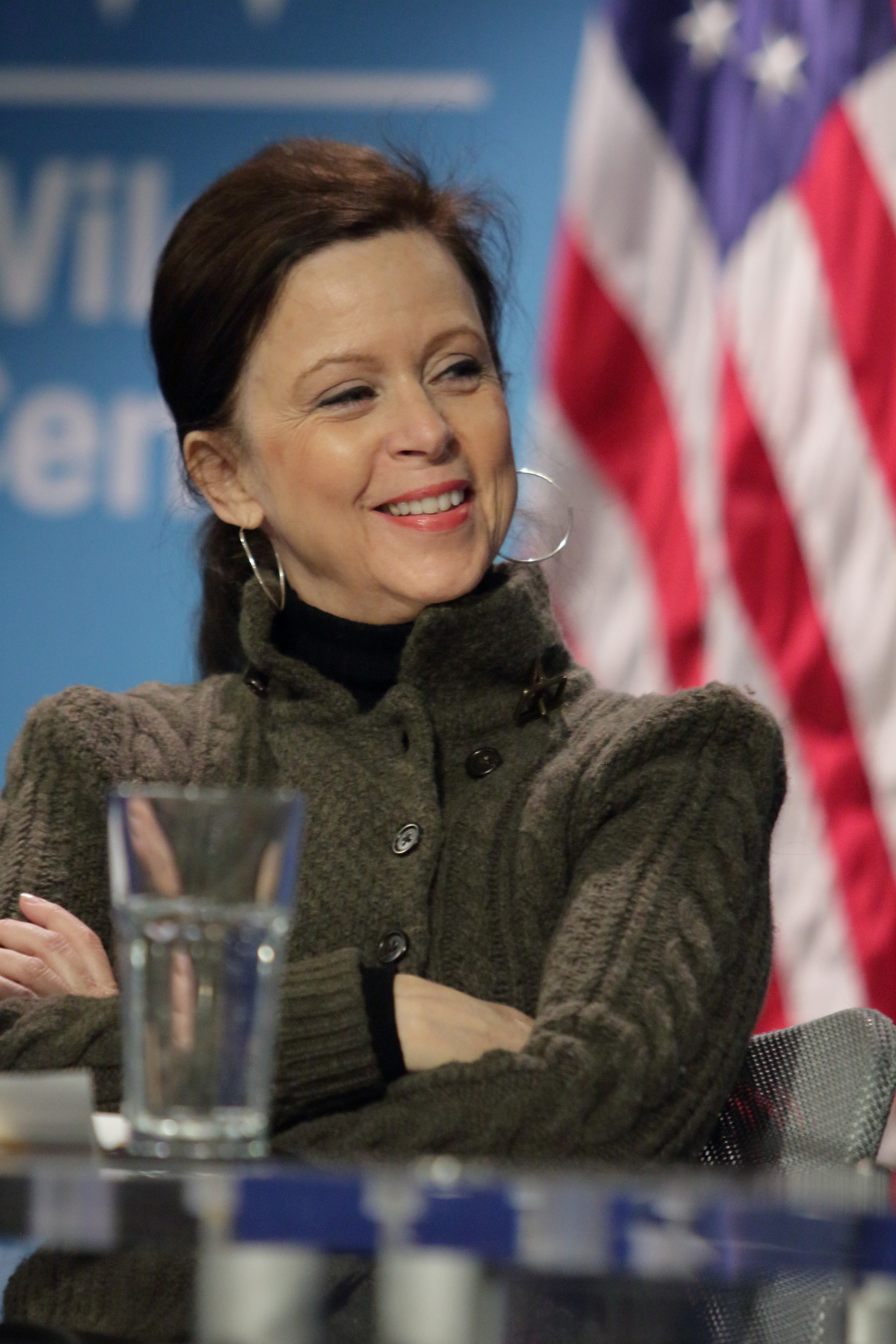 Wilson Center NOW host and managing editor John Milewski spoke with author and journalist Robin Wright about her thoughts on the Ottaway book and also on the situation in the Middle East post Arab Spring.

Robin Wright: It’s a profound book in that it outlines the trends within Egypt and Tunisia that provoked mass uprisings and that changed the political systems but also created very fragile environments. It’s must reading for anyone who is interested in 2011 and the future of the Arab world.

Milewski: How have things progressed from those early days of the so-called “Arab Spring” to where we are today?

Wright: The essential elements that contributed to the Arab Spring and the uprisings have not changed. Things such as the fact that the majority of populations across the 22 Arab countries, with the exception of Yemen, are now literate. That takes them, in terms of their understanding of the world, politics, society, and economies, beyond their village, their city, and sometimes even their country. They have the tools of technology that are the tools of modernization. Not just the internet, but the wider range of technology.

The fact that there is an acceptance of diversity. A generation ago there was only one television station that was independent of government control, Al Jazeera, which offered people coverage of the major issues of the times in a language they understood with their own priorities reflected in the coverage. Today you have 500 independent satellite television stations in the Arab world and that mere fact that there are diverse religious programs, talk shows, news programs, soap operas, and women’s programs – a whole range of TV programs – means that people accept that there is diversity and that there is not one single path politically and socially. That there is diversity of ideas and that’s acceptable.

And so those factors are still defining what happens in the region.

The problems are a lack of leadership and that the youth who took to the streets in 2011 didn’t have the political parties, the resources, or the networks to create alternatives. So you’ve seen a kind of vacuum and as a result in Egypt you’ve seen the emergence of a former field marshal as president. Egypt has gone through two military coups. I don’t think we’ve seen the revolution. I think that’s yet to come.

In Tunisia you have a huge gap in the government’s ability to deliver and as a result a lot of those young people who are college graduates and who do have education have expectations that aren’t being met. Dashed expectations make for volatile environments. So the uprisings are still playing out and it may get more disorderly before we establish a new order that is viable long term.

Milewski: Would it be accurate the say that your answer contains a significant sense of optimism even in the face of enormous challenges?

Wright: Absolutely. I think that the short term is going to be messy, far messier than it’s been so far. But you can’t separate the Middle East from the broader trends worldwide over the last 40 years. Whether it’s the end of apartheid, minority rule in Africa, or the end of military dictatorships in Latin America --- yes we’ve had some roll backs in Venezuela --- but the trend moves forward. The end of communism in Eastern Europe and the Soviet Union even though we have Vladimir Putin, a former communist in power. The fact is that there are opposition movements even under extraordinary pressure. You’ve seen openings of political systems and the push for inclusion in society and politics and the economy. People want to feel represented and that’s the beginning of a broader trend. The Middle East is part and parcel of this historic turning point in human history and we shouldn’t try to isolate it.