The Legacy and Consequences of Jackson-Vanik: Reassessing Human Rights in 21st Century Russia

At a 4 February 2010 conference co-sponsored by the Henry M. Jackson Foundation and the Kennan Institute, a panel of experts explored the legacy of the Jackson-Vanik Amendment and re-assessing the human rights situation in Russia today.

The Jackson-Vanik Amendment to the 1974 Trade Act remains "the single most important piece of human rights legislation of the last century" and may never be surpassed, noted Richard Perle at a 4 February 2010 conference co-sponsored by the Henry M. Jackson Foundation and the Kennan Institute. The conference was devoted to exploring the legacy of the Jackson-Vanik Amendment and to re-assessing the human rights situation in Russia today.

Two of the amendment's drafters – Perle and Mark Talisman – reminded the audience that Jackson-Vanik was not solely directed towards the Soviet Union but applied to all "non-market economy" countries that denied the right of emigration to their people. As a result, noted Talisman, the beneficiaries included not just Jewish refuseniks from the USSR but Hungarians, Romanians, and other citizens held captive by their respective countries.

Perle further described how the Jackson-Vanik Amendment became a major irritant to Soviet leaders (as was its ultimate goal). Perle read directly from Politburo transcripts that quoted Brezhnev as supporting the lifting of the USSR's emigration tax in an effort to comply with Jackson-Vanik and obtain most-favored nation trade status with the United States. However, much to Brezhnev's noticeable agitation, the Soviet bureaucracy failed to carry out his orders.

Ludmila Alexeeva emphasized that the Jackson-Vanik Amendment still upheld a fundamental human right – the right to travel – that remains as relevant today as it was during the Cold War. While no one supported the amendment's outright repeal, several speakers questioned its immediate relevance to post-Soviet Russia which was (nominally) a market economy and, more importantly, allowed for unrestricted emigration rights. According to Blake Marshall, Jackson-Vanik had served its original purpose and its continuing application to Russia was both "anachronistic" and a distortion of the amendment's legislative intent. Marshall added that if Russia were to accede to the WTO without the lifting of Jackson-Vanik and the granting of permanent normal trade relations, the result would be an unmitigated disaster for U.S. international trade.

Sam Kliger, a long-time refusenik who ultimately emigrated from Russia thanks to Jackson-Vanik, highlighted Russia's improving civil rights record to support the country's graduation from the amendment. In the absence of Jackson-Vanik, Sarah Mendelson identified various tools available to U.S. policy makers to promote human rights in Russia: (1) supporting the gathering of information on abuse and the better monitoring of events on the ground; (2) increasing awareness and attention of human rights violations; (3) raising and spending funds more wisely; (4) increasing coordination with friends and allies, including the possible implementation of sanctions; and (5) increasing U.S. compliance and accountability on human rights issues. Although we can do more to support human rights in Russia, concluded Mendelson, in the end, "Russia's fate is up to Russians."

Regardless of how Jackson-Vanik is eventually withdrawn – whether by presidential determination (as advocated by Richard Perle) or by Congressional approval as part of the WTO accession process – the participants emphasized the continued importance of human rights in Russia today. Several speakers noted that the Russian government still associated the human rights community with the political opposition. As a result, Arseny Roginsky argued that human rights activists increasingly have begun to use Soviet-era tactics to defend human rights, thereby transforming the Russian human rights community back into a "dissident" movement.

In addition to its long-running battle with the Russian state, the conference highlighted certain internal challenges confronting the human rights community. As Maria Chertok pointed out, the human rights movement remains largely isolated from the broader non-governmental sector although in reality, they would benefit from greater cooperation. Ivan Ninenko also identified a growing generational divide within human rights groups; for example, whereas young people did not necessarily rally around traditional calls to defend freedom of speech, they were galvanized when the Russian government threatened to interfere with certain new-found rights, such as unfiltered access to the internet.

The conference ultimately revealed not only what remains the same but also what has changed about the present-day Russian human rights movement. Alexander Verkhovsky emphasized that while he was under no personal illusion as to how the Russian government presently viewed human rights, his organization nevertheless had found ways to work with government officials on combating such deep-rooted problems as racism and xenophobia. Ivan Pavlov also explained how he worked with the Russian government to pass the first law on freedom of information. While much will depend on how this law is implemented, noted Pavlov, it did create a new legal right based on the presumption of openness. Finally, Karinna Moskalenko described how Russians have appealed individual cases if human rights violations to the European Court of Human Rights, a new and increasingly important legal venue that never existed during the Soviet Union.

The full conference agenda and participants' affiliations are listed below:

Center for Strategic and International Studies 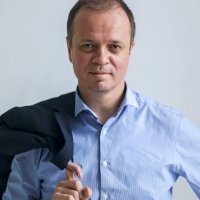