The Reinvention of Brazil's Largest City

On Tuesday, June 18th, the Brazil Institute convenes experts on urban renewal and the case of Sao Paulo.

The Reinvention of Brazil's Largest City

The relocation of industries since the 1970s away from areas that ring the center of São Paulo, Brazil’s largest city has created a major challenge for authorities and urban planners: to reinvent the metropolis in ways that make it more livable for its citizens and valuable to community as a whole. To answer this challenge, the São Paulo State government has developed Casa Paulista, an ambitious project of urban renewal being advanced in cooperation with the local government.

On June 18th, the Brazil Institute will welcome Silvio Torres, São Paulo Housing Secretary, and Philip Yang, president of URBEM, an institute active in the Casa Paulista development. Conceived as a public private partnership, the project aims at the construction of a mixed use urban fabric that combines 20,000 housing units for different income brackets, retail and office spaces. After decades of so called "doughnut" effect, that created empty and often dangerous areas in potentially high valued parts of the city, Casa Paulista will induce the repopulation of those areas and a more efficient use of existing infrastructure. Subsidized by State of São Paulo and guaranteed by a top rated fund, the project was planned to produce highly positive social and economic externalities and adequate returns for Brazilian and foreign investors. 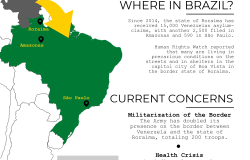 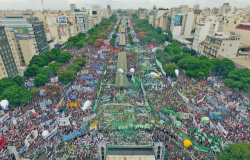