The Situation in Ukraine: What Should Be the U.S. Response?

The Situation in Ukraine: What Should Be the U.S. Response?

At a recent Kennan Institute talk, Oleksandr Potiekhin of the Embassy of Ukraine to the United States; Oleksandr Merezhko of Taras Shevchenko National University in Kyiv and a Fulbright-Kennan Institute Research Scholar; Taras Kuzio of George Washington University; and Anders Aslund of Carnegie Endowment for International Peace discussed the crisis surrounding the November 21 run-off presidential elections in Ukraine and the ways in which U.S. should respond to the crisis. The speakers agreed that elections in Ukraine were undemocratic, with heavy state interference producing an artificial victory for Prime Minister Viktor Yanukovych over liberal challenger Viktor Yushchenko. They called upon the U.S. to support a more democratic outcome for Ukraine.

Aslund argued that the need for international pressure on Ukraine is clear because the elections were indisputably fraudulent. According to Aslund, there is clear evidence of ballot-stuffing in the pro-Yanukovych regions of Eastern Ukraine, where voter turnout increased by 6-18 percent between the first and second rounds of elections, and where some districts reported voter turnout greater than 100 percent. In his view, it should be treated as a fact that Yushchenko won the election, and he believes that the U.S. can use its leverage to get the Ukrainian government to recognize this. Aslund argued that the U.S. could make it clear to current president Leonid Kuchma that he will lose the right to travel internationally if he installs Yanukovych as his successor, and he praised the Novmeber 23 statement of George W. Bush urging Ukraine not to certify the results of the elections. In addition, Aslund argued that the U.S. should put direct and open pressure on Russia to withdraw its support for Yanukovych.

Merezhko contended that since 1991, the U.S. appears to have had a tacit agreement with Russia relegating Ukraine to the Russian sphere of influence. However, he believes that this election is a critical point that will have important implications for Ukraine's future, and that the U.S. and other Western governments should take a stand to counter the negative influence of Russia and ensure that democracy prevails in Ukraine. The U.S. should make it clear to the current government of Ukraine that if Yanukovych becomes president, there will be concrete consequences. Merezhko added that such consequences could include non-recognition of a Yanukovych administration, freezing of foreign bank accounts belonging to political leaders, and support for opposition groups.

According to Kuzio, there are several dangerous myths about the political situation in Ukraine that have been gaining currency in Washington and other Western capitals and must be discredited if the West is to make good policy choices. The first myth is that Ukraine is nearly evenly divided between supporters of Yanukovych, primarily in Eastern Ukraine, and supporters of Yushchenko, primarily in Western Ukraine. Kuzio contended that in reality Yanukovych is supported by less than 30 percent of the population and his strong poll numbers are entirely the result of government falsification at various stages. He added that it is difficult to determine if Eastern Ukraine is as supportive of Yanukovych as it is portrayed because state control of the media is so tight. A second myth is that Yushchenko and Yanukovych have similar views and will support similar policies. Kuzio contended that the two candidates represent very different visions of Ukraine. These myths, and others, in Kuzio's view, lead to the conclusion that the U.S. should not be seriously concerned over the outcome of the elections. In fact the outcome should be very important to the U.S, he concluded.

Potiekhin—who spoke as a citizen of Ukraine and not as a diplomat—contended that Kuchma and other Ukrainian leaders made the mistake of assuming that the U.S. was not concerned about Ukraine's domestic politics, and that Ukraine's support of the U.S. campaign in Iraq would give them the freedom to handle the elections however they chose without criticism from the Bush administration. According to Potiekhin, this appeared to be true until recently—the U.S. government mostly ignored the undemocratic aspects of the election campaign in Ukraine. However, he explained that following the U.S. elections, the Bush administration suddenly became much more critical of the Kuchma administration. Potiekhin believes that this is a good sign, but he warned that the U.S. might choose to accept an undemocratic election in Ukraine in order to facilitate its relations with Russia. This would be a mistake, he argued, because supporting democracy in Ukraine will help the U.S. influence Russia in the longer term. 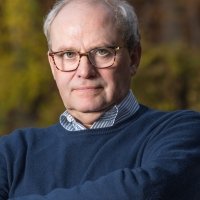