"As a physician…you don't get a chance very often to cure anybody," said Robin Cook, author of Seizure and Wilson Center board member, referring to his belief that most of the illnesses doctors see are degenerative diseases. "The potential of stem cell [research] is that it would be an opportunity to actually cure people." But despite the possibilities of stem cells, Cook noted that few people understand the debate surrounding embryonic stem cell research, which centers on two key issues: how embryonic cells are created and harvested, and the point at which an embryo becomes a human life. To address this debate, Cook and the Woodrow Wilson Center's Global Health Initiative assembled a Director's Forum on January 18, 2006, to clarify the controversy surrounding stem cell research.

Many researchers believe that stem cells—or undifferentiated cells—could dramatically improve the treatment of human diseases because of the cells' ability to become other cell types or "differentiate." Such cells could potentially be used to repair human tissues or grow organs. Embryonic stem cells—the most controversial type—are taken from a blastocyst, an embryo at an early stage of development and comprising around 120 undifferentiated stem cells. These cells are called "totipotent" because they can differentiate into any cell type, including other totipotent cells. Totipotency implies replicative immortality: the potential to become a part of the human germ line and carry on indefinitely.

To study embryonic stem cells, researchers must halt the growth of a blastocyst to begin a new cell line. Opponents of stem cell research view the discontinuation of the blastocyst as the taking of a human life. Many proponents of embryonic stem cell research maintain that the blastocyst is not individualized and therefore has not yet become a human life. As a result, they feel the opposition to research is unfounded and is prolonging unnecessary suffering by individuals who could benefit from discoveries in the field. The current Congressional ban on federal funding for human embryo research allows stem cell researchers to work with only existing stem cell lines.

The debate over stem cell research has become increasingly prominent in the U. S. political arena, as shown by a surprise visit to the forum by Sen. Orrin Hatch (R-Utah), who noted that stem cell research is some of the most promising scientific research in the world: "We have made real headway in some areas with adult stem cells, but it is believed that we can make a lot more difference [with embryonic stem cells] because of the differentiability that embryonic stem cells appear to have." A sponsor of the Stem Cell Therapeutic and Research Act of 2005 (H.R. 2520), which promotes the use of adult stem cells from umbilical cord blood and bone marrow, Hatch said that continued stem cell research necessitates "full NIH involvement to set the moral and ethical standards."

Speakers Dr. Michael West, president and chief scientific officer of Advanced Cell Technology, and Dr. William Hurlbut, consulting professor of neurology and neurological sciences at Stanford University Medical Center and member of the President's Council on Bioethics, agree that stem cell research holds enormous possibilities, but they take opposite sides in the bioethical debate. Hurlbut supports the theory that from the moment of conception an embryonic stem cell should be considered an individual and, in fact, a human life; while West argues that stem cells are not actually individualized until approximately 14 days after fertilization.

West discussed the opportunities and challenges in the emerging field of regenerative medicine and the unique aspects of embryonic stem cells. Embryonic stem cells are "the first human cell[s] ever captured in a laboratory dish that can transform into every cell of the human body," he said, adding that the cells are "nearly magical" to a human biologist for their immense possibilities and potential to advance work in neurology, cardiology, hematology, and ophthalmology: "This field is glowing with opportunity." However, no human has ever been cured by these cells because researchers have yet to learn the ways in which to alter them and overcome rejection by the host organism. West used the example of "twinning," or the creation of two individual twins from one embryo, to demonstrate that an embryo is not an individual because it is still capable of splitting into twins.

In contrast, Hurlbut argued that individualization starts at the moment of conception. He views twinning as evidence of the individual drive to achieve fullness and form through necessary repairs after a disruption of the normal development process, dividing one individual into two distinct individuals. He drew heavily on his personal statement from the President's Council on Bioethics, advocating for more research on alternative procedures such as Altered Nuclear Transfer (ANT), which would produce "pleuripotent" stem cells. Pleuripotent stem cells are incapable of developing into entirely new embryos but can develop into any other cell type, in contrast to other adult stem cells, which can only develop into cells similar to the original.

ANT, one of four proposed alternatives to using embryonic stem cells, would "use the cloning techniques of nuclear transfer to create an entity that lacks the qualities and capabilities essential to be designated a human life in process," Hurlbut said. This nuclear transfer would "create an artifact that is biologically and morally more akin to tissue or cell culture." Advancements in ANT, he maintained, would allow science to move forward without crossing ethical lines. West, however, believes that alternative methods raise yet another moral debate. Modifying stem cells to reduce the ethical implications is not in the patient's interest, he noted, and would unnecessarily risk the health of the patient by increasing the chances of rejection. 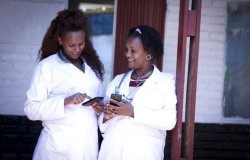 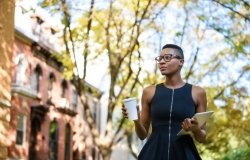