The Third Side of the Cold War: Movement of the Non-aligned States, Yugoslavia and the World

Drawing on the private document collections of two former Yugoslav ministers of foreign affairs, Tvrtko Jakovina renders an account of Tito's last years in office and the role Yugoslavia played as the leader of the Movement of the Non-aligned Countries from 1960s until 1990s.

Drawing on the private document collections of two former Yugoslav ministers of foreign affairs, Tvrtko Jakovina renders an account of Tito's last years in office and the role Yugoslavia played as the leader of the Movement of the Non-aligned Countries from 1960s until 1990s.

Jakovina’s presentation focuses on the VIth  conference of the NAM in Havana in 1979, and the Cuban attempt to move the Non-aligned Movement closer to the Soviet camp, and shows how (successful) Yugoslav attempts prevented it. Jakovina’s account reveals the reactions of NAM vis-a-vis the Soviet invasion of Afghanistan, the end of the Shah regime in Iran, and the guerilla warfare in Namibia and Rodesia (Zimbabwe), Cambodia.

Jakovina argues that the Movement of the Non-aligned Countries still exists. Since the last conference in 2012 it has two new member states. Countries like Saudi Arabia or Marocco, Cuba, North Korea and India are members of this large group of countries from 4 continents (besides Yugoslavia, Cyprus and Malta were members too). The movement was never very influential on the international scene, although not insignificant in the United Nations and in some periods during the Cold War. Jakovina maintains that it was a  very important foreing policy tool for the countries that knew how to use it well. According to him, Yugoslavia was the champion. Jakovina supports this thesis  by drawing on  anumber of sources including documents from NARA in Washington, National Archives in London, and Arhiv istorije Jugoslavije in Belgrade, Serbia.

John R. Lampe, Professor Emeritus at the Department of History of the University of Maryland, College Park, will moderate the discussion.

Professor, Department of History, Faculty of Humanities and Social Sciences, University of Zagreb 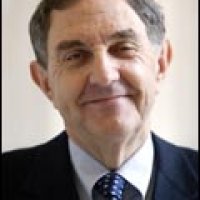