Three days after Ukraine’s presidential election, a panel of leading Ukrainian and international political analysts will discuss the electoral process, the outcome of the vote, and its impact for the country's future.

In March 2019, Ukraine began a super-election period, which will include presidential, parliamentary, and local elections between now and 2020. Three days after Ukraine’s presidential election, a panel of leading Ukrainian and international political analysts discussed the electoral process, the outcome of the vote, and its impact for the country's future.

“This presidential election has brought back some optimism into Ukrainian politics. Again, we have 55% of pessimists, but it is much less than two months ago when we had 70% of Ukrainians who didn’t expect anything good, who assessed the situation in Ukraine as wrong. But right now the new president and new presidential election has created something like 30% of the population that looks with hope into the future.”

“It is a new wave of democratization. In the recent two years there was this negative trend in Ukrainian political systems with less freedoms, and trust or support to human rights and civic liberties. Right now, we can expect that the political situation will return to more pluralism and more legal debate. There is a chance to break the stalemate in the ongoing military conflict in Donbass. There was no clear plan presented by the president elect about the peace in Donbass.”

“We come to Zelensky, the fact of whom basically is to capitalize on that long standing and engrained popular demand, and he puts a face to it. He puts a face that corresponds to certain expectations. The vote for Zelensky becomes not so much as a vote for Zelensky himself as someone who has experience or any track record that could be trusted, but it becomes the vote for the same agenda that has been haunting the Ukrainian democratic society for quite a while, and becomes a vote against Poroshenko.”

“I think the crux of what we’re looking at in the context of the elections to Verkhovna Rada, and the parliament of Ukraine and then further to the local governments is going to be how these different political actors are going to be elected. Whether or not in the next several months between the inauguration and the elections in Verkhovna Rada, we’ll see a rift between parliament and the president growing or we’re going to see that Zelensky actually cooperates with Rada and they gradually work out a mechanism that keeps him active and working on whatever agenda he might pursue.”

“There is an inherent conflict between the state building which the Maidan was about building a new state, and nation-building of which Poroshenko has become represented and the main focus, the language, the Army, the Church. These were the main things he was campaigning about.”

“I think it was more of a conscious choice to refuse Poroshenko and yes it has has united Ukrainians again but united them in anger and Zelenksy has a window of opportunity, but it is very small window.”

This is part of the Kennan Institute’s series of events and publications analyzing the Ukrainian presidential election. 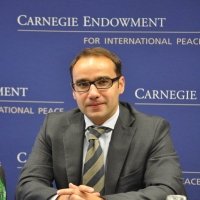 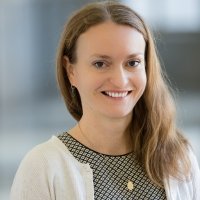