The United States and the 1967 Arab-Israeli War

Charles Smith from the University of Arizona discusses the legacy of the 1967 War and its long term effects.

The legacy of the 1967 War is still with us in the form of Security Council Resolution 242 and the continued Israeli occupation of the Golan Heights and the West Bank. This seminar talk will focus on the Johnson administration’s decisions before, during, and after the war. It will trace the influences behind certain decisions including a rush to evade supposed commitments made prior to the war. It will also present new information regarding the Israeli attack on the USS Liberty.

Charles D. Smith is Professor of Middle East History at the University of Arizona where he has chaired the Department of Near Eastern Studies. He has published widely on modern Egypt and Arab-Israeli issues; his books include Islam and the Search for Social Order in Egypt and Palestine and the Arab-Israeli Conflict, the eighth edition of which is about to be published. 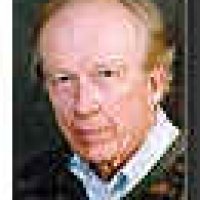