The Urban Disadvantage: Maternal and Newborn Inequalities Among the Urban Poor

Urbanization is changing the face of poverty and marginalization, and the maternal and newborn health field needs to change too, says a panel of experts.

Urbanization is changing the face of poverty and marginalization, and the maternal and newborn health field needs to change too, said a panel of experts at the Wilson Center on January 24.

For decades, the maternal and newborn health community has focused primarily on the rural poor. Now, more than half the world lives in urban settings with the ratio going up every year. In Latin America, an estimated 55 percent of under-five deaths occur in urban areas, said Robert Clay, vice president of global health at the non-profit Save the Children. In Africa and Asia, cities account for approximately 30 percent of under-five deaths and the expectation is that the number will increase.

Despite growing recognition of these dynamics, little research has been done on how to reach women and newborns in poor urban settings, especially in informal areas, Clay said. “You can see that the urban poor have very similar or even less progress than the rural areas – it’s an area that hasn’t received enough attention.”

Many established techniques for reaching expecting mothers and newborns simply do not apply, said experts from Save the Children’s Saving Newborn Lives Program and Columbia University’s Averting Maternal Death and Disability Program.

Health as a Luxury

The scale and speed of urbanization in sub-Saharan Africa and parts of Asia has outpaced the ability of cities to absorb new arrivals and provide basic services, said Lynn Freedman, professor at Columbia University and director of the Averting Maternal Death and Disability Program. As a result, huge proportions of urban populations have been forced to settle in informal areas and “slums” that are not subject to government regulations, lack social safety nets, and are often lawless.

Living in an informal setting creates a deep sense of vulnerability for mothers and children, said Freedman. They are often not acknowledged in government policies and are hidden from development programs. They have no protection from the law. “The very effort to get things like water, power, shelter – the things you need to survive – are actually criminalized,” Freedman said. “Your existence, in a sense, is criminalized.”

Living in an informal setting creates a deep sense of vulnerability

They found that across the board women and newborns in informal settlements lack durable housing, living space, access to safe water, social cohesion, individual security, and sanitation. With the limited health services available from the public sector, small and unregulated for-profit clinics usually fill the gaps. But these are not able to provide full, reliable, and high quality care and can be relatively expensive. Even if women can afford it, they can’t always get to private facilities. Long work hours make it difficult to get away during the day, and at night transportation costs skyrocket as the streets get more dangerous.

“Health care is very much seen as a luxury,” said Shanon McNab, associate director of the Averting Maternal Death and Disability Program.

One of the major results of the study was that the so-called “urban advantage” – the idea that one can expect better health outcomes in urban settings – is no longer true. Maternal mortality ratios, neonatal mortality rates, and stillbirth rates in slum areas are worse than rural averages in many cases, said McNab.

“The mental map we bring to our thinking about the communities, the interventions, how we implement them, and how we design them, has really been implicitly rural,” said Freedman. Adjusting this mental map and adapting for urban challenges will require new thinking.

Though all populations have unique contexts, slum populations in particular defy generalizations. What little social cohesion there is among informal populations is driven by different factors from place to place, from a common language or place of birth, to how long inhabitants have been there, which can be a mark of pride. Slum populations are also highly mobile, moving from rural to urban, from neighborhood to neighborhood, and from home to home, said McNab.

One example of a program trying to meet these evolving needs is the Manoshi Project by BRAC, a Bangladesh-based development organization. BRAC’s community health workers found that women in urban settings did not necessarily want to give birth the way their grandmothers had, in a rural village home, managed by a traditional network of close family and friends. “They had come to cities with aspirations for a different life – what we call an aspiration to be modern,” said Freedman.

Once in the slums, brokers took advantage of this aspiration to direct them to private facilities for care, when in fact there were free public options available. BRAC’s community health workers helped women understand what was available for free, serving as a kind of referral service for transitory women, said Freedman.

In India, the Saving Newborn Lives Program has partnered with municipal, state, and national governments to create two different delivery models, said Lani Crane, a health and nutrition specialist for Save the Children.

In Pune, where the municipal government has been very active, Save the Children initiated and evaluated the interventions of the National Urban Health Mission to strengthen 53 state-run hospitals and primary health centers in the city. Under the same national scheme, Bhubaneswar, which has been more aligned with state government, is redefining the way primary health and community health centers respond to local needs and engaging midwives to reach out to urban households. The lessons learned will inform the Healthy Cities Project, which covers a further 31 cities across four states in India, said Crane.

“Where People Do Not Exist”

Early efforts show how essential it is to build advocacy and partnership into urban health interventions, said panelists, as there is often limited or non-existent coordination within informal settlements. Maternal and newborn health interventions must find ways to adapt to the lack of social fabric and transient populations.

Freedman called for a “fundamental rethinking.” An ecological approach, she said, puts the individual at the center and acknowledges a system of push and pull factors that influence health choices and decisions. This differs from a linear approach that pinpoints specific causes of health issues and tries to solve them in a surgical, targeted fashion, like poor education, unclean water, or infectious disease.

Whether an ecological approach or another model, the panelists agreed better understanding informal urban settings is one of the most pressing issues for the field – especially if you see the squalid conditions for yourself.

“There is perhaps no place where advocacy and empowerment are more important than in urban poor settings, where people, in essence, may not exist on paper,” said Crane. “That informality is very visible to the naked eye.”

This event is a part of a series on urban maternal and newborn health by Save the Children and the Maternal Health Initiative.

Specialist, Health and Nutrition, Save the Children 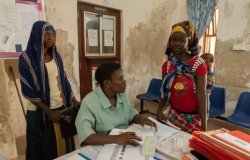 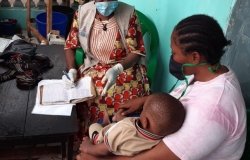 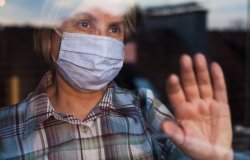