The World in a Grain: Story of the Most Important and Overlooked Commodity in the World

After water and air, sand is the natural resource that we consume more than any other. Every concrete building and paved road on earth, every window, computer screen and silicon chip, is made from sand. From Egypt's pyramids to the Hubble telescope, from the world's tallest skyscraper to the sidewalk below it, from Chartres' stained-glass windows to your iPhone, sand shelters us, empowers us, and inspires us. It’s the ingredient that makes possible our cities, our science, our lives--and our future.

And incredibly, we're running out of it.

On Thursday, September 6, CEF and ECSP will host Vince Beiser, author of the newly-published book The World in a Grain, chronicling the gripping saga of the most important, yet overlooked commodity in the world – sand – and the crucial role it plays in our lives. Vince will highlight China’s central role in the sand story; it is the world’s top producer and consumer of construction sand, and home to the world’s biggest sand mine—Lake Poyang, China’s largest freshwater lake, which is being badly damaged by dredging. China is also the world leader in using sand to create artificial land—a power it has used to build up the Spratly Islands in the South China Sea into a military outpost, creating a major flashpoint with its neighbors and the U.S.

Vince Beiser will relate tales of this hugely important and diminishing natural resource, and of the people who extract it, use it, sell it—and sometimes, even kill for it. 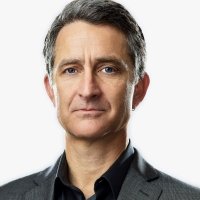 Journalist, Author, and Producer based in Los Angeles