Which environmental issues will dominate headlines this year? A panel of veteran journalists offer their thoughts on what will be the biggest environment and energy stories in the U.S. and around the world in 2013.

Environmental desks at newspapers around the world may be on the defensive, but the stories are only getting bigger. On January 25, six environmental journalists from Bloomberg, EnergyWire, Public Radio International, the Associated Press, and the Yale Forum on Climate Change and the Media gathered at the Wilson Center for a panel cosponsored by the Environmental Change and Security Program and the Society of Environmental Journalists to discuss what to watch for in the coming year, from President’s Obama’s mention of climate change in his inaugural address to the prospects of shale gas and the Keystone XL pipeline.

John Sullivan, director of environmental news at Bloomberg BNA, said he expects most of the domestic action on environmental issues will come from regulatory groups like the Environmental Protection Agency(EPA), not Congress.

This year will bring an entirely new environmental team to the White House with a new EPA administrator, secretary of the interior, energy secretary, and National Oceanic and Atmospheric Administration secretary, pointed out Dina Cappiello, a national environment and energy reporter for the Associated Press. This new leadership could play a large role in changing the United States’ energy profile through regulation, she said.

“The big question is what to do about existing plants,” said Sullivan of potential new emissions standards set to be released in April. “Under the Clean Air Act, once the EPA regulates the new plants, they’ll be obligated to do so for existing plants” or face legal challenges from environmental groups.

The recent shale gas boom could be “a true game changer for the U.S. energy picture,” said EnergyWire reporter and former Wilson Center Public Policy Scholar Peter Behr. But can it be produced economically and profitably? And can it be produced in a safe and responsible way, “so that there are not serious spills and accidents and contamination that really knock out public confidence in this resource?” he asked.

Although states currently regulate shale gas extraction on their own, President Obama and the EPA face some decisions regarding this new and controversial source of energy, including how to deal with methane emissions and prevent chemical leakage into drinking water.

Bud Ward, editor of the Yale Forum on Climate Change and the Media, also encouraged journalists to broaden their focus beyond the EPA. In Washington, reporters often “cover buildings, not beats,” he said, but the World Bank and Department of Defense are also key places to watch for energy and environment developments.

The decision on whether or not to allow for the construction of the Keystone XL pipeline bringing tar sands oil from Canada through the United States will be a major story this year, said Margie Kriz Hobson of EnergyWire. The governor of Nebraska recently gave permission to run the pipeline through the state on a revised route, but since the pipeline will start in Canada, the final decision now rests with the Department of State and ultimately with the president.

The Department of State is composing “a supplemental environmental impact statement, and that could be out any day now,” Hobson said. “The question is whether they will talk about the Keystone pipeline’s impact on climate change in that environmental impact statement or whether they’ll wait until the final decision coming out to talk about climate change.”

But Hobson noted that the Department of State has already said “that oil is going to be developed no matter whether we build the [Keystone XL] pipeline or not.”

The pipeline is “part of Canada’s huge push into energy resource development,” said Thomson. In addition to Keystone XL, the proposed Northern Gateway pipeline project will move oil through British Columbia to serve Asia and the Pacific Rim.

Increasing energy demands around the world will mean a continuing focus on other fuel sources and climate change, said Peter Thomson of PRI’s The World, including the use of coal in countries like China and the safety of hydraulic fracturing and nuclear power. For example, even though the United States has begun to shift to other sources of energy domestically, Cappiello said other countries have fewer qualms about burning coal, meaning there could be little change in the total amount burned.

Globally, Thomson said he expects to see a continued shift in the weather patterns of the northern hemisphere due to melting and warming in the Arctic, which have contributed to extreme and unexpected weather, like the unusual path of Hurricane Sandy.

As the world’s population continues to grow and the global midobdle class’s demand for meat increases, Thomson predicted that agriculture and water will become bigger stories. There is little room to expand agriculture to new arable land, so the world will need to find a way to produce more food sustainably. Sullivan added that more long-term, localized climate problems, like droughts, could also have serious ramifications for global food supply.

During his inaugural speech, President Obama devoted a lengthy paragraph to climate change and sustainable energy:

We, the people, still believe that our obligations as Americans are not just to ourselves, but to all posterity. We will respond to the threat of climate change, knowing that the failure to do so would betray our children and future generations. Some may still deny the overwhelming judgment of science, but none can avoid the devastating impact of raging fires, and crippling drought, and more powerful storms. The path towards sustainable energy sources will be long and sometimes difficult. But America cannot resist this transition; we must lead it. We cannot cede to other nations the technology that will power new jobs and new industries – we must claim its promise. That is how we will maintain our economic vitality and our national treasure – our forests and waterways; our croplands and snowcapped peaks. That is how we will preserve our planet, commanded to our care by God. That’s what will lend meaning to the creed our fathers once declared.

“Was it important? Yes,” said Cappiello. “He hadn’t mentioned the ‘C-word’ for a while.” But she was underwhelmed by the lack of specificity in the address, as well as the lack of a reaction from those in the energy sector who would be threatened by any real movement to cut emissions.

“It’s there for a reason,” said Sullivan, but he cautioned that the prominent mention could create some outsized expectations, especially considering that President Obama failed when he last called on Congress to introduce climate legislation in 2009.

“Silence [about climate change] would have spoken even louder,” Ward said.

A big, unforeseen event can always reshape the discussion around climate and the environment, said Thomson. Potential “black swan” events the panelists pointed to were a major food contamination story, an oil drilling accident in the Arctic, or a major insurance company pulling out of a coastal area over excessive costs (much like has already occurred in Florida).

Of course, there is always inherent uncertainty in predictions like these, especially those regarding the future of climate and the environment. But Thompson was confident in his anticipation of more extreme weather events like the 2010 Russian wildfires, 2012 U.S. drought, or Hurricane Sandy. “These are going to be happening more and more and more,” he said, “I think the only surprises there are going to be are: what, where, and when.” 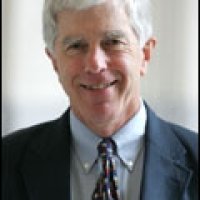