The explosion of fintech (financial technology) in Latin America is a rare positive economic story amid the pandemic’s devastation. In a region that has clung to cash, prolonged social distancing measures and emergency social welfare programs pushed the digitalization of Latin America’s financial sector. During the pandemic, over 40 million Latin Americans gained access to banking services and millions more adopted fintech tools. This transformation has given rural and low-income individuals the possibility of personal and business loans, access to e-commerce, and expanded markets for small- and medium-sized businesses. It has also created opportunities for Latin American technology companies. Today, the region is home to more than 1,000 fintech enterprises, the majority in Brazil, Mexico and Colombia, including household names such as Nubank and Rappi.

Evidence of the rise of Latin American fintech is perhaps most visible in Uruguay, where dLocal, a cross-border payment services company and the country’s first technology unicorn, is now valued at more than $15 billion. Uruguay, a regional leader in nurturing technology start-ups, is home to 63 fintech enterprises. Drawn by favorable banking regulations, a skilled workforce and a variety of incentives, technology companies, including in fintech, have thrived in Uruguay, known as the “Silicon Valley of South America.”

What is the future of fintech in Latin America? How will expanding access to financial services help the region recover from the pandemic? How can governments replicate Uruguay’s success attracting talent and investment to its technology sector? This program discussed lessons from Uruguay’s technology sector and the implications for fintech in Latin America.

"These technology companies, including the fintechs, do not simply materialize overnight. Rather, public policy has shaped their growth and expansion, and will determine whether this sector continues to expand even after social mobility and public restrictions on quarantines are lifted."

"There are key general attitudes that make Uruguay attractive, and some key attributes that are specifically related to the tech sector. On a general level, first of all: stability. Uruguay is a very stable country. It's stable, where investors can think long-term because institutions work, the rule of law works, there is political, macroeconomic, and social stability. And this is key, this is very important. It’s a reliable country that offers certainty. Secondly, it’s a very business friendly country. It’s a country convenient to do business [with] because there are no unreasonable regulations, freedom is the general rule, you can send money in and out, there are several tax incentives and government support, there’s no obligation to partner with local firms. So it’s a very open and free system, and convenient to do business."

"The market we see [in] Latin America is huge, so one of our main advantages is to be the place [for] companies to have a hub [in] the region. A hub for Latin America. To set up shop in Uruguay and from there expand as they see fit into Latin America. We strongly believe we are a great country to start operations in Latin America."

"We have a dynamic tech environment in Uruguay that has been built over decades, but we want and welcome more capital and people to contribute to our ecosystem. So we invite everyone to test Uruguay… it is a fantastic place."

"We do believe we have a role to play in building those pipes. Historically, if you are an American company and you want to reach a user that is sitting in New York, there is no friction. You have places to go, you can collect from a credit card, you can pay out to a bank account, and there’s no friction whatsoever in that process. If that same user, instead of sitting in New York, is sitting in Sao Paulo, or in Buenos Aires, or in Mexico, there’s many […] things that are broken and need to happen for that transaction to be able to occur. And that is what D-Local does. We take all of those small parts that are broken, not connected with each other, and we have a technology infrastructure on top of it. So we make sure that when Amazon wants to speak with this user in Brazil or wants to help this seller in Chile to collect or disperse funds, there’s a way to do it. Are we Amazon? No. Are we the seller? Absolutely no. We are hopefully building the infrastructure for those two transactions to happen."

"I… believe that companies—and our role as well—is to make sure that no one is being left behind. So, there’s always going to be users who want to go pay cash and have a payment slip, and we need to give them the opportunity to do so. Is it our preferred payment method? Obviously not, we are betting on other things to pick up. But in the meantime, we need to make sure these users are still included."

"There’s no such thing as Latin America. There are multiple countries, each one of them behaves very differently. And, for many people, that’s a surprise. We serve a lot of Chinese companies, European companies, and U.S. companies, who want to come into Latin America. Sometimes the first thing we need to explain is there’s no such thing as Latam. You need to think, is it Brazil, is it Colombia, is it Chile, is it Peru, where are we going after?"

"One of the things that I think Uruguay has done very […] is the stability. The IT infrastructure: you have to have broadband to be able to build a technology company. I think the quality of the engineering education in Uruguay is some of the best in Latin America, but I also think what Uruguay has probably done better than most of the countries is that they’ve actually always seen themselves as an exporter of technology. I believe that for years… your taxes were higher as a technology company if you sold to Uruguayans from Uruguay, and if you actually sold it to outside [of Uruguay], it was a much lower tax rate. So the policies were always geared toward, ‘think global. Think of this as your home base but also think about exporting.’ And they’ve actively tried to build a network and try to do cross-pollination across different ecosystems."

"Some of the most exciting fintech innovations that I’m coming across worldwide are in Latin America. Why? Because Latin America, being such a huge market, is still only 40 or 50% banked. That means about half of the population of Latin America of 400 million people need bank accounts."

"Right now, in terms of broadband access, the vast majority of people in Latin America are going to access computers and access the internet through a cell phone. You have more smartphones in Latin America than you have individuals. But still only half of the people are banked. This is why I think you’re seeing a bunch of financial services being built on a mobile first basis that are attacking these problems and solving these problems."

This event is part of our “Going Digital” series, co-sponsored by the Information Technology Industry Council (ITI). 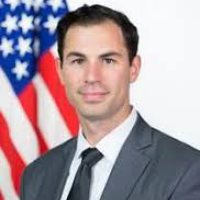 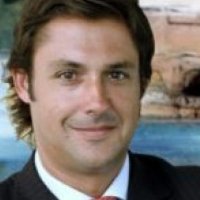 Uruguayan Ambassador to the United States 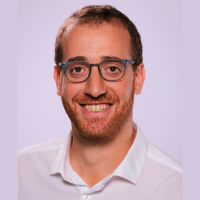 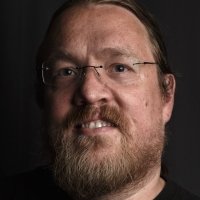