U.S.-Russian Relations in the Arctic

Please join us BY PHONE to begin the conversation about these critical questions culminating in the next Arctic Forum to convene leading Arctic experts from around the world on June 21, 2017 in Washington, DC.

Wilson Center President and CEO Jane Harman began by cutting through a common misconception: that the United States and Russia are total adversaries. "You may think, and a lot of people in Washington think, that the US-Russia relationship is entirely negative... Well guess what, that is fake news. There is actually one aspect that is positive, and that is our dealings with each other with respect to the Arctic." The Arctic region features more complexities and challenges, in addition to opportunities, than many non-experts assume, a common theme throughout the discussion.

Former President of Iceland Grimsson addressed with brevity not only the history of the Arctic region, but the history of the dialogue about the region. The Cold War military buildup in the region precluded global engagement in the Arctic, “so it wasn't really until 20 or 30 years ago with the end of the Cold War that this big part of the planet, which in a way is similar in size to Africa, when you add it all up, became available for international discussion, dialogue, research, commercial use, as well as political decision making,” said President Grimsson. We are therefore presented with a new frontier: “in historic terms, we as a human race are in the early stage of designing how this big part of the planet will be organized, and regulated, and used."

Working in tandem with President Grimsson, Alice Rogoff placed the Arctic in its physical context -- the U.S. is much more involved in the Arctic region than many people realize. She points out that, when looking at a globe, "most Americans do not know why the U.S. is an Arctic nation in terms of its geography. When you turn that globe toward the top, you find the U.S. and Russia staring at one another across a body of water in one particular place that is only two miles wide; in winter, when there is sea ice, you can walk from the United States to Russia without breaking a sweat -- that's how close neighbors we are in the Bering Sea." This proximity also extends to shipping ports; some locations such as Portland, Maine, function as Arctic ports despite their superficial distance from the region.

Michael Sfraga, director of the Polar Initiative at the Wilson Center, drove home the interconnectivity and global relevance of the Arctic region by highlighting how even small communities can be related. "It's very difficult to tell somebody in perhaps Sheboygan why they should care about Shishmaref,” he says, “but in fact those places are linked because of the global climate patterns and many other reasons." It would be wrong for any party to dismiss the Arctic as an unimportant region, given its geopolitical and economic connections to numerous countries.

This dialogue about the Arctic is hardly finished. "The upcoming forum in Washington, DC, jointly organized by the Wilson Center and the Arctic Circle will not only be a prominent event for a dialogue on the highly important Russian-American relationship -- especially with respect to the Arctic -- but is also linked to a global dialogue where more than half of the G20 countries -- the leading economies of Europe and Asia -- are already participants,” noted President Grimsson.

Cooperation of the substantive, concrete kind will depend upon everyone recognizing that, as Michael Sfraga says, “The Arctic is no longer an emerging issue -- this is a current, relevant issue with many concerns, both challenges and opportunities." 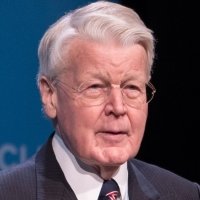 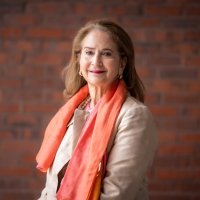