“Climate work is practical, common-sense, good development,” said Carrie Thompson, deputy assistant administrator at the Bureau for Economic Growth, Education, and Environment at the U.S. Agency for International Development (USAID). “It’s prevention, and we all know that preventative medicine is the best medicine.”

“Climate work is practical, common-sense, good development,” said Carrie Thompson, deputy assistant administrator at the Bureau for Economic Growth, Education, and Environment at the U.S. Agency for International Development (USAID). “It’s prevention, and we all know that preventative medicine is the best medicine.”

Thompson was joined by a panel of experts at the Wilson Center on December 5 to mark the launch of USAID’s new Climate Action Review: 2010-2016, which tracks evolutions in policy, major achievements, and lessons learned over six years of climate change activities in more than 40 countries.

USAID has made significant progress in both adaptation to and mitigation of climate change, according to the report. Through its flagship Enhancing Capacity for Low-Emission Development Strategy, it has trained more than 200,000 individuals and strengthened the capacity of more than 4,000 organizations, placing 2 million hectares of land under sustainable management and saving approximately 600,000 megawatts of energy.

These and other experiences have taught USAID valuable lessons about early and frequent involvement of stakeholders, educating policymakers about clean energy, and above all the importance of an integrated approach for climate-smart development, according to the report.

The necessity of thinking of climate change at the systems level was a common theme among the panelists, who came from a variety of backgrounds beyond USAID.

“Resilience building [is] a means of achieving development goals,” said Rod Snider, director of quality and learning at the American Red Cross. “If you don’t apply…climate risk to your development program, you’re going to impede your development gains.” Hurricane Mitch, for example, is estimated to have set back development in Honduras and Nicaragua by at least 20 years.

Lori Pearson, senior policy advisor for agriculture and climate change at Catholic Relief Services, said they are seeing the communities they work with impacted in a multitude of ways. “We really need to shift our thinking from climate change as an environmental approach to climate change as a lens through which to see all of our programming,” she said. “All of our technical sectors need to be incorporating and shifting their thinking.”

Achieving such a broad-based perspective on climate change as a factor affecting all of development can be difficult, however. “It’s not easy to get technical sectors to talk to each other,” said Pearson. They have their own vocabulary in many cases, and also their own separate funding streams. Snider said that even within donor organizations – much less across them – funders tend to operate along sectoral lines, focused on agriculture or health or governance, for example.

“It is counterproductive to take siloed approaches to the different aspects of our climate work, whether it be project by project or village by village, without looking at the larger market or system,” said Thompson. Building resilience is a cross-sectoral endeavor – the households and communities in which development organizations are trying to build resilience don’t segregate their lives along these lines.

Collaboration is critical between organizations as well as within them. “One organization can’t do it all,” said Snider. “We have to work better [with] partners and [in] coalitions.”

Several panelists highlighted examples of how their organizations have collaborated successfully with USAID. Barry Worthington, executive director of the United States Energy Association, outlined how the association of public and private energy-related organizations has provided experts to interface with counterparts in developing countries and assist with USAID’s energy policy objectives. The Energy Utility Partnership Program, jointly operated by USEA and USAID, has not only provided technical expertise abroad but helped build a constituency for USAID’s programming at home.

Nancy Searby, a program manager at the National Aeronautics and Space Administration, pointed to SERVIR as a highly productive collaborative initiative between NASA and USAID that is helping to build adaptive capacity in countries around the world.

SERVIR is a network of regional expertise centers that gathers and disseminates satellite images and other climate and weather data to assist users in making better policy decisions and recommendations. The joint venture, which serves more than 45 countries and has hubs in western, eastern, and southern Africa; the Himalayas; and the Mekong Delta, provides access to data that would otherwise be more difficult if not impossible for some countries to acquire in a timely manner.

In 2014, for example, SERVIR data allowed Bangladesh to issue downstream flood warnings that were, on average, four days more timely than in the past. As a result, people were able to prepare and evacuate, said Thompson, and a major flood that might have cost thousands of lives in the past resulted in just 17 deaths.

When drought struck, those who used the tailored forecasts were able to mitigate their losses by 40 percent

USAID achieved other notable successes through data sharing as well. In Jamaica, the agency worked with the local weather service and agricultural ministry to provide tailored forecasts and drought projections to farmers that accounted for El Niño weather patterns. When a severe drought struck Jamaica in 2014-15, costing some farmers approximately 50 percent of their agricultural production, those who received and used the tailored forecasts were able to mitigate their losses by approximately 40 percent, according to USAID.

Improved climate data collection has also facilitated greater involvement of the private sector in development partnerships. Searby noted that frost is an increasing problem in Kenyan agriculture, but that a new NASA satellite is able to monitor and provide reliable frost data that, in turn, has encouraged the growth of the agricultural insurance industry to offset losses.

Overall, USAID has helped 5.3 million people throughout the world access better climate data, said Thompson. This information has, by extension, assisted tens of millions more through knowledge spillover – for example, by informing planting and harvesting decisions that result in greater agricultural yields.

While the effectiveness of improving data sharing and collection was universally touted by the panelists, several noted how difficult it can be to translate some data into usable information and disseminate it to the people who need it most. This is especially critical given concerns about encouraging community engagement in the planning and implementation of climate responses. How best to convey technical data to community groups is an open question.

“Stakeholder involvement and consultation is time-consuming and a long process, but [it] is ultimately critical to success,” said Pearson. “We need to be having our implementation driven by the community.”

Overall, in reflecting on six years of USAID activities, there was widespread agreement that emphasis on climate change is essential for any successful development strategy. As Thompson noted, natural disasters cause roughly $100 billion in damages annually throughout the world. Four in five of these disasters are climate- and weather-related.

The idea that good development requires attention to climate change is a central theme of the Climate Action Review. Whether working to inform decision-making through better or more accessible data, assisting in the promotion of sustainable landscapes, or furthering the cause of clean energy, the impact of climate on development is consistent.

“This report does an excellent job of presenting climate change work as development work,” said Pearson. “This is part and parcel of what needs to be done to achieve good development and protect the investments that we’ve made.”

Graham Norwood is a freelance writer based in Brooklyn, New York.

Cover Photo Credit: Swamp reclamation in the Democratic Republic of the Congo funded by USAID, courtesy of Tanya Martineau, Prospect Arts, Food for the Hungry/USAID.

External link
Science and Technology
Q&A: David Kennedy is the new chair of the US Arctic Research Commission 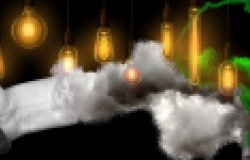 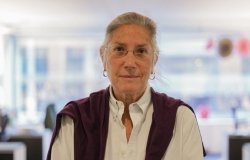 New Security Beat
Climate
Friday Podcast | Sue Biniaz on Getting the U.S. Back on Track for Climate Action