A View from the White House: Latin America Policy Under the Trump Administration

Though President Trump has not traveled to Latin America since taking office, the region has kept his national security team busy. The White House has repeatedly imposed sanctions on Venezuela, promulgated new restrictions on travel and investment in Cuba, raised concerns about increased coca cultivation in Colombia, attempted a new approach to migration from Central America, and engaged Mexico in complex trade negotiations. Peru hosted the Summit of the Americas in April, and Argentina hosts the G-20 leaders’ summit in November, which will be President Trump’s first trip to the region.

For the president’s first year in office, Fernando Cutz was at the center of these and other high-profile issues, serving on the National Security Council staff as the President's Director for South America, and Senior Adviser to National Security Adviser Lt. Gen. H.R. McMaster.

Selected Quotes Fernando Cutz “If and when any serious player in the situation of Venezuela wanted to talk to us, we were always open to listening. I think it would have been, again, irresponsible of us to have senior members of the Venezuelan military approach us saying, ‘Hey, I want to talk,’ and for us to say, 'No, no, no, we’re not going to talk to you. We listen, that’s all we do.'” “The people of Venezuela, are we going to make them suffer more than they are right now? And if the answer to that is yes, then you need to really be careful. Then you need to weigh the costs and benefits very closely. Can we guarantee that they will suffer for a very short period, and then we’ll fix everything and bring prosperity? No, we can’t. Will the United States be solely on the hook to fix Venezuela if we do that? Yes, absolutely, because then everybody in the region, everybody in Venezuela, will point to the United States and say, ‘This is your mess.’” On coca cultivation in Colombia: “It’s a regional problem. It’s a problem of where it grows, it’s a problem of where we are consuming it – that’s here. It’s a problem on both ends, and we need to address that on all sides of it, no doubt. I think President Trump has been particularly tough on Colombia because of the coca numbers – again, that’s understandable – but we need to take a step back and realize the depth of that relationship, the importance of that alliance, and ensure that we are not allowing this to become a one-tracked issue.” “If you want to resolve the problem in Central America, then we know what solutions have worked historically, and that is to invest in Central America. Why people are fleeing, why people are risking their lives to get to the United States is not because we’re just welcoming people. It is because they need to, they have such harsh economic situations back home where they live, or they are being persecuted by gangs or violence – whatever the case may be, that they are willing to risk their lives and everything they have to try and get to a safe destination.” "If you want to keep illegal immigrants from coming into our border, then let’s make their lives better over there and then we can do it. I think that would be a much wiser investment than any kind of barrier. It is not us, it is not what our country has always been, and it is not what either party has ever stood for before. Reagan’s party has always been about tearing down walls. I think it would be a mistake for us when it comes to foreign policy in the region, when it comes to our allies, when it comes to our policymaking, when it comes to actually finding a solution to the problem."  On possible sonic attacks: “If you believe the Cubans, and you believe they have as much control over their island as they claim they do, then they have to know what’s going on. If you accept that they don’t know what’s going on, then what you’re accepting is that they’re lying to you about how much control they actually have over their island. It’s one of those two scenarios. They’re lying to you either way... which makes them complicit to some extent.” 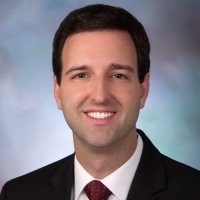