Water, Security and U.S. Foreign Policy offers policymakers a framework for identifying how water-related social and economic disruptions in partner countries can escalate into risks to U.S. security interests. Join us for the launch of this landmark book and a discussion with leading water and national security experts.

“National and international security in the 21st century is a much broader portfolio for our government to think about than it was in the 20th century,” said Jones, who served as national security advisor in the Obama administration from 2009 to 2011. As part of this new portfolio, Gunn urged the U.S. government to “consider the challenge of global water stress as a national security concern.” Already, water scarcity has played a role in exacerbating subnational strife, driving insurgencies, and spurring instability around the world. In the face of these perils, the panelists discussed a reinvigorated approach to water insecurity – one based on committed U.S. leadership, a whole-of-government response, and private sector innovation – to address the needs of a growing human population.

“It’s a coming crisis,” said Jones. “And if you wait too long to address it, it’ll be too late. It’ll just be a catastrophe.”

Mitigating water-related security threats will require a deft combination of robust U.S. leadership on the world stage, strategic foresight at home, and a willingness to build upon existing sources of strength. “Yes, it’s good to have a very strong military and yes, it’s sometimes necessary,” said Jones. “But who we are and what we do on this planet is much more important, and if we don’t figure out a way to address it from a leadership standpoint… then I don’t think we’re providing the moral leadership that we should.”

The United States has the technical expertise, diplomatic clout, and economic prowess needed to advance the cause of global water security, but “we have not had an integrated, coherent [water] strategy for the past several decades,” said Reed. “Yes, we have provided access to water for hospitals, communities, and schools. But what about the upstream management of resources? What about changing and upgrading the governance mechanisms, the regulations? What about preparing these communities for the impacts of climate change, increasing their resilience for the impacts that are yet to come? And there we have a major shortcoming, a vacuum that we need to fill.”

In recent years, the United States has made some progress: The Senator Paul Simon Water for the World Act of 2014, passed with bipartisan support, requires the U.S. president – in conjunction with the State Department, U.S. Agency for International Development, and other agencies – to submit to Congress its first-ever Global Water Strategy by October 1, 2017. This strategy must clearly outline how the United States intends to help high-need countries improve access to sanitation and hygiene, shore up water management programs, and settle disputes over water resources.

The Global Water Strategy is particularly notable because it incorporates the wide-ranging expertise of several federal agencies and departments. “Water often has been somewhat stove-piped in the way in which it gets dealt with in terms of certain sectors,” said Dobriansky. “But here there’s a real emphasis, at least as I could see it, on a whole-of-government approach to the issue.” This all-encompassing approach “requires not just USAID and DoD but also USDA and the [intelligence community] and all the other elements of government,” said Gunn.

Water in an Advanced Energy World

Since thermoelectric power plants – those fueled by coal, natural gas, oil, and nuclear power – use water in the process of generating electricity, water consumption is intimately linked to energy needs, which is particularly challenging in emerging markets with burgeoning populations. According to the International Energy Agency’s 2016 World Energy Outlook, thermoelectric power plants in 2014 withdrew 342 billion meters3 of water, and consumed enough water – 17 billion meters3 – to address the water shortage in Yemen twelve times over. “The energy framework is terribly important to the management of water worldwide in those places where it’s not only necessary to get the water situation under control, but also to provide for the energy demand that is going to increase,” said Gunn.

Today, the coal industry – which generates 41 percent of the world’s electricity – is among the world’s largest users of freshwater; in the United States, it is responsible for two-thirds of all the freshwater withdrawn and consumed by thermoelectric power plants. More than 50 percent of the countries that produce and consume the most coal face high levels of water stress. To avert an imminent water crisis and the ensuing harm to human health, economic productivity, and infrastructure, Gunn suggested that governments prioritize advanced energy – a broad category that includes renewable power sources, like wind and solar photovoltaic, which tend to be less water-intensive than traditional fuels like coal.

But it will take a timely, comprehensive overhaul of its foreign policy for the United States to lead the global transition to advanced energy and to fully implement water-saving technologies, as the CNA Military Advisory Board argued in its latest report. “There already is underway, with a great deal of momentum, a shift to an advanced energy world,” said Gunn. “It will happen with or without the leadership of the United States.”

The sheer amount of investment needed to install, renovate, and maintain water infrastructure is staggering. A 2016 World Bank analysis estimated that the cumulative cost of adding new water and sanitation services to meet Sustainable Development Goal 6 – achieving universal access to basic water, sanitation, and hygiene services by 2030 – was $454.4 billion. Providing safely managed drinking water – which is located on premises, readily available, and free from microbiological and chemical contamination – will require capital investments of $114 billion each year, or triple the current funding levels. The World Bank also found that the gross cost of adapting water supply and flood protection systems to the impacts of climate change is upwards of $24 billion every year through 2050.

“Creative ways forward aren’t going to only be through the U.S. government”

While there is still work to be done in optimizing their specific financial configurations, public-private partnerships may represent a revolutionary model of global development. The number of people served by public-private partnerships in urban water utilities expanded from 6 million in 1990 to 160 million by the end of 2007, and the majority of contracts awarded since 1990 – 84 percent – were still active in 2007. (Only 9 percent were cancelled early.) Larger developing countries, like Algeria, China, and Malaysia, now depend heavily on private operators for their water needs.

“If we can work the public and private partnership, we can avoid a catastrophe that is surely heading our way collectively,” said Jones. “To me, it’s one of the most important things the United States can do. It could be our legacy for the twenty-first century.”

“Investment in development is investment in security,” said Georgieva. Without access to water and sanitation and access to electricity, “there is no chance for communities to prosper.” In regions suffering from water scarcity, economic growth rates may fall by as much as six percent. Soaring food prices, breakouts of preventable disease, and more frequent instances of violence add to the burden. And, while fears of impending “water wars” may be overblown, water stress can exacerbate existing frailties in governance and prompt greater demands for U.S. humanitarian and military interventions.

At the same time, however, the effective management of water can mitigate, and possibly prevent, these troubling scenarios. In fact, under the right circumstances, water can serve as a foundation for peace. When communities in conflict coalesce around shared water resources, they are more likely to develop a sense of interdependence – an understanding that, in spite of past grievances, their survival and prosperity are inseparably linked. This initial dialogue may then help reconcile competing interests, forge trust, and eventually yield a “peace dividend” that facilitates cooperation in other sectors, including food, energy, and economic development.

In the Levant, Jordanian, Israeli, and Palestinian communities have worked together to manage transboundary water resources, reduce water pollution, and even build a “peace park” outfitted with eco-lodges and trails. Going forward, more flexible water accords, improved sharing of hydrological data, and the integration of water and other environmental considerations earlier in peacebuilding efforts can enhance the capacity of water cooperation to resolve conflicts and underpin international security.

“It is in our DNA at the World Bank to think of development as a platform for security and to think of security as a prerequisite for economic development,” said Georgieva. “Shared water can be a source of economic and social advancement but it can also be a source of significant tensions and conflicts. So for us, at the bank, this topic is one that is crucial for our ability to do what we are set up to do: to provide the chance, an opportunity for people everywhere to have better lives and build a more peaceful, more secure society everywhere.”

Written by Anuj Krishnamurthy and edited by Meaghan Parker.

This event was organized in cooperation with the World Wildlife Fund. 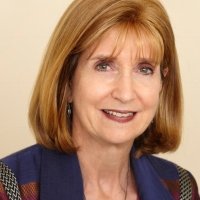