Accelerating environmental and health threats from climate change, plastic pollution, and biodiversity require rapid global action. With these challenges in mind, Drs. Judith Shapiro (American University) and Yifei Li (NYU Shanghai) will kick off this panel by examining whether China’s coercive environmentalism model offers a solution for our troubled planet.

Drawing on their new book, China Goes Green, Shapiro and Li will delve into the force and the flaws of China’s coercive environmentalism to address pollution and environmental degradation at home and abroad. Their stories will evaluate some of China’s green campaigns, laws, and other domestic mechanisms to fulfill the leadership’s ecological civilization goals. Next, in a rapid-fire interview format, Jennifer Turner (Wilson Center) will lead a deeper conversation into China’s bumpy road in greening its overseas investments.

Jingjing Zhang (Center for Transnational Environmental Accountability, University of Maryland Law) will close out the panel with a deeper exploration of the biodiversity threats from Chinese investments into coal plants in Zimbabwe and mining in Guinea and Ghana.

After presentations and discussion, the speakers will take questions from the audience. Please submit your questions before or anytime during the panel to Twitter (@wilsonCEF) or via email to Clare.Auld-Brokish@wilsoncenter.org.

"The first impetus for writing the book [China Goes Green] was the concept of ecological migration… which sounds like something really great, like people living in flood zones and coastal areas deciding not to build back after hurricanes because  they acknowledge climate change. It turns out ecological migration in China has the meaning of essentially forcibly relocating nomadic people into settlements and achieving the state’s goals of pacifying the borders… which they have been trying to do for centuries. But it has been very damaging for people in the nomadic west… I found myself particularly appalled by the use of this environmental cloak to justify what were repressive measures."

"[Sometimes] wielding top-down environmental goal-setting ends up sweeping vulnerable people into the net and some people suffer. One example... in Henan there was a goal to reach a certain level of air pollution clarity over the course of last summer. And it was discovered that during the threshing season pollution levels spiked. And so the local officials, who are always looking upwards to see whether they are going to get promoted [for reaching environmental goals],  banned the use of threshing machines and then all the crops rotted in the fields."

"[Many investments along] the belt and road initiative have enormous impacts on biodiversity, and yet it is almost as if the [Chinese] state doesn’t even know it."

"The second impetus for writing the book was how..there has been a tremendous amount of frustration that democracy hasn’t been able to produce effective, consistent, robust responses to climate change in particular and environment in general. In line with that frustration, many [people] are speculating that authoritarianism may be the way to go. They seem to be flirting with the idea that if authoritarianism has a track record of success in China, for example the plastic bag ban, the renewable energy promotion policy and so on, maybe that approach can be generalized to the whole world."

"State-led environmentalism in China has the tendency to succeed whenever the state remains open to inputs from various groups outside of the state. By that we mean journalists, independent scientists, students, advocacy groups and even international actors, film makers. Whenever the state remains open to these various actors in the environmental world, they become sensitized to the various interests and groups and livelihoods consideration of these groups that may or may not be immediately apparent to the Chinese state."

"We try to problematize these claims about win-win development and green development [in BRI investments] by looking at the actual projects and their environmental impact… It seems very clear that lots of the projects have some carbon credits merits. But in general, the loss of biodiversity is just too significant to be ignored."

"These [infrastructure and technology] deals often include the export of various tools that have a proven track record of success in China in monitoring citizen behaviors. There seems to be an argument that the same model which works “well” in China can be exported to other countries on the Belt and Road to monitor their citizens' behaviors. That's a way for China to export its entire governance model."

“Notably, [China’s national] Environmental Impact Assessment Law only applies to domestic projects [not international BRI investments]. China’s energy law and coal industry law-- I call [the latter] 'promoting coal industry law'-- and there is no article on climate change and just one or two that note environmental protection. As China made the promise to the world to reach carbon neutrality by 2060, the law does not reflect that.“

“Chinese capital is flowing to Guinea because two Chinese companies have bought mining rights in [the Simandou mountain range]. This place is called the waterpower of west Africa and the rivers flow to the other western African countries and have a very significant role in maintaining the ecosystem. A total of 14 billion is being invested in two mining blocks and [Chinese companies] will build a 600-kilometer long railway and ports. This [open-pit iron mining on the top of Simandou] will bring economic opportunity to the country, but endanger water resources and [fragile ecosystems]."

"In Zimbabwe, the Gezhouba company building the [2100 MW] Sengwa coal station required water for cooling. And the Chinese company is building the 250-kilometer pipeline to bring the freshwater from Lake Karia [which is between Zimbabwe and Zambia] to the power station. The power station has climate impacts and a transboundary water impact."

"China is either a contractor, investor, or owner of some mines [in] these resource-rich countries. These countries have different levels of governance in terms of environmental capacity, and different reactions to China’s international investment. How China can keep its promise and make these investments green is a big question. If [China] just leaves this question to the host country, its green promise would not come true." 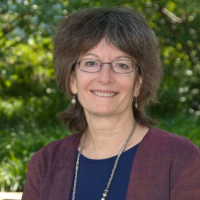 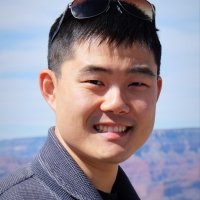 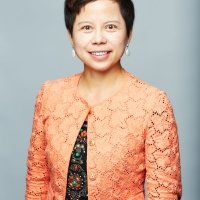 Director of the Center for Transnational Environmental Accountability (CTEA), and lecturer in law at the University of Maryland School of Law 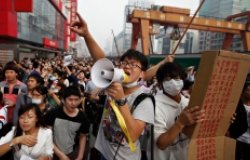 Event
China Environment
The Changing Landscape of Environmental Public Participation and Protest in China
On Wednesday, March 23, 2016 at 9:00 – 10:30 ET