Concentrated fishing and climate change are threatening the marine environment surrounding Antarctica, one of the least altered regions of the planet. In an effort to protect these marine ecosystems, in 2011, the Commission for the Conservation of Antarctic Marine Living Resources (CCAMLR, a consensus-based body with 26 members with conservation management authority for the Southern Ocean) agreed to create a network of large-scale marine protected areas (MPAs) for Antarctica. In 2016, CCAMLR designated a 2.02 million km2 area of Antarctica's Ross Sea with special protection from human activities. China and Russia were the final countries to provide consensus support for the Ross Sea MPA.

At its upcoming November meeting, CCAMLR will consider proposals for three MPAs in East Antarctica, the Weddell Sea and the Antarctic Peninsula. If designated together, nearly 4 million km2 of the Southern Ocean would be protected, resulting in the largest environmental protection event in history. In a November 2019 meeting with French Prime Minister Macron, Xi Jinping expressed a commitment to cooperate on the establishment of a new Southern Ocean MPA, but it is not clear when China will agree to the three proposed protected areas.

This is the first in a 2020 series of webinars around the theme of Southern Ocean marine protected areas organized by the Wilson Center and the Pew Charitable Trusts. Webinars will be translated into Chinese after the live stream.

“The science is clear that MPAs can produce positive ecological outcomes including increased biodiversity and species densities. And by minimizing other threats, MPAs can build ecosystem resilience to climate change.”

“MPAs are also powerful tools to support healthy fisheries. When an MPA protects a source of a fish population, spillover of larvae eggs and fish can increase fish abundance in areas open to fishing outside of the MPA. For this reason, MPAs can be seen as fish savings accounts.”

“The CCMALR meeting this November is one of the last chances during what was once called the ‘super year for the ocean’ to make tangible on the water progress for the ocean and get close to reaching the global target of [MPAs covering] 10 percent of the world's ocean…by 2020.”

“With the polar administration merged into the newly established ministry of natural resources, more expertise could be brought into the CCMALR work. With new icebreakers and the new stations at the Ross Sea, more marine science and the related cooperation [is possible].”

“The Conference of Parties for the Convention for Biodiversity in Kunming next year is an opportunity for China to demonstrate its leadership in biodiversity conservation, and that would also give China a push to think hard about what [it] should do at CCAMLR.”

“Compared to some other countries…China is not bad [at] terrestrial protections [at] 18 percent, 15 percent of [which] actually is covered by the nature reserve system…which is different from the national park system in the Western world.”

“If you look at marine red lines, the plan is to protect more than 30 percent...of the provincial coastal waters, which means the ocean under their jurisdiction, and then more than 35 percent at least for the coastal [red] lines. And if you consider sandy beaches… it’s more than 80 percent [of marine areas in China].”

“One important policy [under new eco-civilization ideology] is ‘Green is Gold,’ and the loose translation…is ‘the clear water, green hills are the gold mountain and silver mountains.’ Which means if we can protect our nature well, we have clear water and green mountains with trees and grasses, and this can bring us economic benefits. And it was surprising for me to see this slogan even in the far rural areas…If something is pushed by the central government, [it] can go really far and really local.”

“Marine conservation was not part of the center issue in conservation a long time ago. However, in the [last] five years, I would say, it become a hot topic. So for the public awareness, consumer behaviors, use less of the plastics, and also what kind of fish you should eat, and all this public awareness activities and campaigns are happening in China.”

“[Our partnership] with Packard Foundation, Paradise Foundation, and also Yintai Foundation, established [the] Blue Pioneer program to train the next generation of leadership in marine conservation in China.”

“If you look at the management approach [for Marine Protected Areas] and the operating fund, the operating fund is not enough, and also the low-level enforcement … you can see the certainly very obvious violation of the laws.”

“We can see the determination of commitment for China at both domestic level [and] also international level, but I think there is still long way to go. And also the changes to support that main objective … I still have the feeling like we are not so clear about the supportive kind of aspects for this, to reach these objectives.”

“We want to avoid China becom[ing] the weakest link in the marine conservation network.”

“If we are talking about China’s role in the Southern ocean, I think we should take this into account from an international scholar’s perspective that we are actually talking about a rising power in an existing rules-based order, an Antarctica treaty system, that governs the Southern Ocean.” 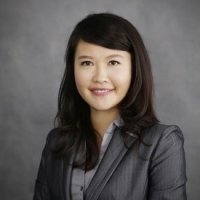 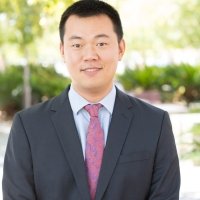 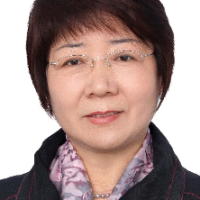 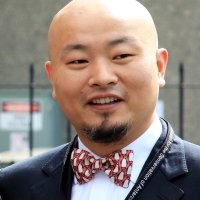 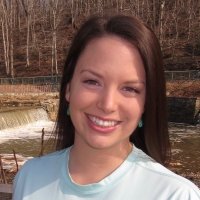