Today, there are approximately 600 Finnish businesses operating in Russia. A recent survey of a subset of these businesses show that while Finnish firms have a negative outlook on the Russian economy over the next six months, they continue to see their business prospects in a positive light. Lauri Veijalainen and Sinikka Parviainen of East Office of Finnish Industries analyzed new data and trends on these businesses and discussed their views on operating in Russia’s volatile market in the context of the latest Finnish-Russian Trade Barometer, in conversation with Oksana Antonenko.

The Finnish-Russian Trade Barometer is a biannual survey to determine company management’s views on the Russian market.

"Finnish business is long established and many were set up already after perestroika and glasnost, predominantly in northwest Russia, and we believe that these companies who are already there are likely to continue serving their customers in their established comfortable niche market and in the product range that they're good at, in kind of sophisticated investment goods, and they will be serving their private customers and probably staying out of the government bids... The Russian market is and will remain one of the first markets for Finnish small- and medium-sized enterprises to go to their first foreign markets."

Lauri Veijalainen
"The bigger companies are committed and they have large investments and they also have financial capability to take these kinds of things that have happened... The companies that prevail are the ones that are committed and also have the financial capabilities of taking these kinds of market hiccups. For small- and medium-sized businesses, it's tougher."

Oksana Antonenko
"We don't expect that the Russian economy is going to recover very quickly. We've seen in 2008-2009 crisis, as well as to some extent in 2014, the recovery has been relatively quick, but it is possible that we are going to see at least another year or possibly even three years and the Russian economy remains close to recession and clearly when the recovery does come, we do not expect a very ambitious and significant economic growth. Russia has experienced more than five years of declining real income and real disposable income and it is likely that this decline is going to be even more severe this year, of course, and the recovery is going to be quite slow."

"Regional impact is also quite important. Quite a lot of Russian regions really depend for their income on income tax and tax on the businesses operating in the regions and they receive very few subsidies. As a result of that, they were not really able to close down and implement the full lockdown because they would have lost quite substantial share of their income. The support from the federal government so far for the regional budgets as remained very low at about 0.2% of GDP." 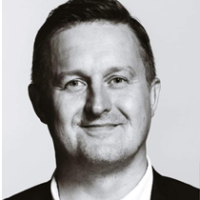 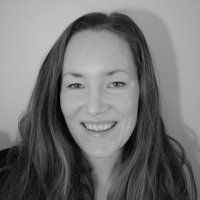