The Wilson Center's Mexico Institute and Canada Institute are honored to host a trilateral event with government representatives from all three North American countries to discuss building a competitive and prosperous North America under USMCA.

The passing of the United States-Mexico-Canada Agreement (USMCA) was a momentous diplomatic, political, and commercial accomplishment adding much needed certainty to North American trade. USMCA is a step in the right direction, especially where it modernized NAFTA. Yet, there remains much to do to ensure a smooth transition to new USMCA rules for firms and their supply chains and to leverage the agreement to enhance North American competitiveness globally.

The Wilson Center's Mexico Institute and Canada Institute are honored to host a trilateral event with government representatives from all three North American countries to discuss building a competitive and prosperous North America under USMCA.

“The rules of origin in sectors like the automotive sector will require more investments and more local and regional suppliers in order to be able to fulfill the origin requirements in the old sector. And I think that that is positive because it will help us to create a stronger North American production base.”

“The fact that we have these dispute settlement mechanisms integrated, doesn’t mean that a measurement of success is that we use them. I think that in the same agreement we have consultation mechanisms that help address those differences, and I think that it’s also very important to keep in mind that we have been able to build a very constructive and a very important dialogue, as Joe was mentioning at the beginning. We know each other very well, and we pick up the phone, and we explain the problems, and we try to solve them, and I think that that’s the role that the governments should play … we should not build a relationship based on conflicts, we should base a relationship based on solving common problems.”

“We have been able to have a very strong partnership where the three of us really can work together, and we can show the world that the three of us working as a North American region can contribute to innovation, development, social inclusion, democratization of trade, and that we can have a model of integration that can work for our societies”.

“The United States conducts more than $1.3 trillion in annual trade with Canada Mexico, and U.S. exports to both markets are estimated to support close to 3 million American jobs. This trade relationship has an outsized impact on U.S. small and medium-sized enterprises for which Mexico and Canada are the two largest export markets. In fact, 94 percent of U.S. firms that export goods to Canada and Mexico are SMEs.”

“We in North America must continue to work together to adopt and implement policies that promote competitiveness, create jobs, and encourage investment. USA, USMCA is a great step towards this objective”.

“USMCA strengthens and deepens our trade relationship, the regional integration that Commissioner Ailish spoke about, and economic ties between our countries as we move beyond the pandemic. In my mind USMCA encourages production in North America, it creates incentives for companies manufacturing abroad to either reshore or near-shore … it helps us with that supply chain security, resiliency.”

“We struck consultation groups to inform our negotiators. That included business and labor leaders, an incredible network across the country of small business owners, indigenous Canadians and environmental leaders that have led to an updated agreement that as Joe quite rightly highlighted, sets a new standard for trade agreements across North America and indeed globally. I think it’s important to note that journey, which really highlights the importance of what Canada likes to call inclusive trade, and that’s making sure that the voices of business owners of all sizes are included in the agreement along with consumers, and that new forms of trade like eCommerce, which has become even more important of course during the pandemic than ever, are integrated into to agreement.”

“The success of this agreement will be not only that the current population of companies that use this agreement and the host of entities benefit from the stability and predictability it provides, from our educational institutions and the great flow, for example, of our students and talent that exists in North America, all the way to our ability to facilitate new partnerships in research and development have continued but that we’ve added new participating businesses, and specifically small business, women-owned business, diversity-owned businesses.  This agreement exists for them.”

“This agreement comes at a moment where so many businesses are reflecting about their sales channels and how they’re connecting with customers. Canadian company Shopify is helping millions of merchants get online for the first time transition from brick and mortar to online sales channels. That has only been accelerated...over the past few months. I think the fact that there is a digital trade chapter in this agreement is fundamental, and it guarantees exporters that no tariff, customs measures or other discriminatory measures will affect the trade in products like, for example, software, games, as well as apps. This is an area where we’re really excited because it is more important that ever, as I noted, that businesses including SMEs have our full support in transitioning into the online marketplace as many of them already have.” 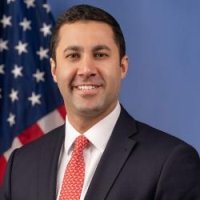 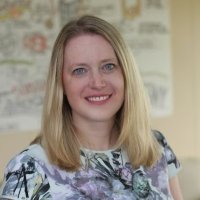