What Next? Climate Adaptation After Paris

The Paris Agreement elevates climate change adaptation to a topline objective, signaling a growing sense of urgency to prepare for unavoidable drought, extreme weather, sea-level rise, and other impacts of climate change.

In December 2015, representatives from 195 nations gathered in Paris for the 21stConference of the Parties (COP-21) to the UN Framework Convention on Climate Change. After two weeks of intensive negotiations, countries approved an agreement that charts new territory for global cooperation to address climate change.

According to Trigg Talley, deputy special envoy for climate change at the U.S. Department of State, the Paris Agreement is a landmark agreement for multiple reasons. It provides a durable, global blueprint for cooperative action to slow and eventually reduce global greenhouse gases. It abandons the bifurcated nature of prior agreements, like the Kyoto Protocol, mandating that both developed and developing countries put forward national commitments for reducing emissions. And importantly, the Paris Agreement elevates climate change adaptation to a topline objective, signaling a growing sense of urgency to prepare for unavoidable drought, extreme weather, sea-level rise, and other impacts of climate change.

On March 24, experts from the United States and Jamaican negotiating teams gathered at the Wilson Center to discuss the importance of adaptation in the Paris Agreement and what it means for both diplomatic and development efforts moving forward.

Bringing Parties to the Negotiating Table

Even before the countries that are Parties to the UN climate agreement gathered in Paris, it was clear that adaptation would play a larger role in the negotiations than ever before. In the national climate plans that countries submitted in advance of the negotiations – known as Intended Nationally Determined Contributions – the vast majority of countries included adaptation action along with mitigation commitments. Many island nations and other highly vulnerable countries signaled early in the process that adaptation issues were critical to them.

“Most Parties felt strongly that adaptation needed to be part of the agreement,” said Shereen d’Souza, foreign affairs officer with the U.S. Department of State. But what form adaptation would take in the agreement was not immediately clear, she said.

Parties debated about whether the agreement should contain an adaptation goal, and if that goal should be qualitative or quantitative; they discussed whether and how Parties should communicate their adaptation actions to the global community; and they debated about the role and placement of adaptation financing in the agreement. There were also intensive negotiations around the issue of “loss and damage” – the idea that there are impacts of climate change that are so severe that adaptation is not possible.

In the end, Parties came together constructively around several key adaptation elements: the agreement contains a qualitative global goal of “enhancing adaptive capacity, strengthening resilience, and reducing vulnerability to climate change, with a view to contributing to sustainable development and ensuring an adequate adaptation response in the context of the temperature goal.” Parties also committed to regularly communicating their adaptation efforts to the global community. Progress toward the global goal will be assessed in a global stocktaking process every five years.

Financing for adaptation received a boost in the Paris outcome, including a commitment from the United States to double grant-based adaptation funding by 2020. On the issue of loss and damage, “we worked closely with islands to find an approach…that is both constructive and pragmatic,” said Talley. The resulting outcome brings new attention to risk insurance and displacement of communities due to climate change, and renews the Warsaw International Mechanism on Loss and Damage, which will report on its initial progress at COP-22 and establish a workplan for ongoing cooperative efforts.

While the Paris Agreement contains high-level guidance for international cooperation on adaptation, it also signals the need to ramp up national adaptation action. The agreement calls on each country to develop and communicate national adaptation plans and provides guidance for planning and implementation. Providing such a framework was one of the most important aspects of adaptation content in the agreement, said d’Souza, since without it, “adaptation actions are ad hoc, and we risk leaving on the table opportunities for synergies.”

The U.S. Agency for International Development (USAID) plays a key role in supporting such national adaptation planning efforts through its role in the NAP Global Network, which aims to enhance bilateral support for the development of National Adaptation Plan (NAP) processes and action in developing countries.

“We in the U.S. see tremendous potential in NAPs,” said John Furlow, a climate change specialist at USAID. “They give developing countries a greater say in what donors are supporting in their countries, and they provide an opportunity to address climate risk in sectors that drive development and economic growth.”

Indeed, one aim of the NAP Global Network is to support in-country coordination across ministries so that adaptation is not seen as simply an environmental issue, but also a critical issue for agriculture, finance, tourism, energy, and other sectors.

Mainstreaming climate change considerations into development and planning is a high priority in Jamaica, where work with USAID through the NAP Global Network has helped build capacity for the development of sectoral adaptation plans in priority sectors. This is increasingly important in a country where the agriculture and tourism sectors make up a significant portion of GDP and are highly vulnerable to the impacts of climate change.

A notable aspect of these efforts is the designation of “climate change focal points,” individuals at various ministries who are tasked with ensuring that policies, programs, and plans include climate change considerations, said Albert Daley, principal director of the Climate Change Division at the Jamaican Ministry of Water, Land, Environment, and Climate Change. And while assistance from international donors plays an important role, Jamaica has long contributed its own resources to the effort. “Very often countries like ours finance quite a bit of this work, but we don’t call it adaptation,” said Daley. “These are things we do to survive.”

As countries look toward the next major round of international climate change negotiations in Morocco at the end of 2016, the focus on implementation of adaptation action is likely to grow. With the strong global blueprint of the Paris Agreement in place, the importance of national action has never been greater. “At the global level,” said Talley, “now is the time to focus less on words, and more on actions.”

Written by Kathleen Mogelgaard, a consultant for ECSP, and edited by Schuyler Null. 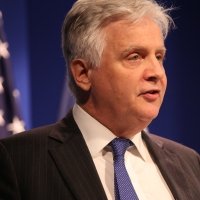