Where is the Cultural Revolution in Egypt Headed?

Drawing on her experience and observations in Egypt over the past two and a half years since the outbreak of the revolution, Badran will look at changes in the everyday lives of Egyptians. She will focus on gender ideas and practices as part of the process of cultural and religious transformation underway and place this in the shifting political contexts.

Where is the Cultural Revolution in Egypt Headed?

Margot Badran, Wilson Center Senior Scholar and Senior Fellow at the Prince Alwaleed bin Talal Center for Muslim Christian Understanding at Georgetown University, examined the cultural and religious transformations taking place in Egypt over the past two and a half years.

Badran opened the discussion by offering a historical perspective on the social and cultural movements currently underway in Egypt. According to Badran, since the late 19th century, there has been an impetus for modernizing social reforms in Egypt, with segments of society demanding greater social and gender equality at different junctures. After periods of political strife, these movements have gained momentum, accelerating in pace and expanding in scope. In the past century, these social movements were most transformative during and after the political revolutions of 1919, 1952, and 2011.

Thus, it follows that the social and cultural transformations taking place in Egypt today are a continuation of this recurrent trend. In the five years leading up to the 2011 revolution, the Egyptian people had begun to express their social and cultural grievances, whether it was through art or other mediums of expression. However, after the fall of President Hosni Mubarak, these social movements expanded considerably.

According to Badran, the most fundamental transformation in Egyptian culture since 2011 has been the shift away from the patriarchal system of the past—which favored men over women, the elite over the middle and lower classes, the older generation over the new, and the majority over the minority—toward a more inclusive, egalitarian society. The new generation in Egypt, regardless of religious or political affiliation, is actively resisting the inequalities that existed in their past. In addition, there has been an upsurge in feminism. Drawing on the spirit of the revolution, feminist groups have accelerated their efforts in order to resist the “creeping conservatism,” which threatens the status of women and minorities in Egypt.

This shift is most evident in the public sphere in Egypt. In the past few years, Badran noted an increase in the number of public workshops, conferences, and panels which address the issue of women and gender in the context of revolution. In her time in Egypt, Badran also witnessed the development of a dynamic street culture, a proliferating café life, and an increase in the visual and performing arts. She pointed out that forms of artistic expression have become more politically charged, with the government allowing a greater degree of freedom than before. Badran also noted the equal participation by women and men in these public activities. There are now more avenues for social interaction among a broad spectrum of people, coming from varying social classes and religious and political ideologies.

Looking forward, Badran projected that the cultural revolution in Egypt will take a long time before it can be truly transformative. However, she concluded that the movements pushing for greater social and gender collaboration will ultimately be successful as the new generation fights to safeguard the ideals of the revolution. 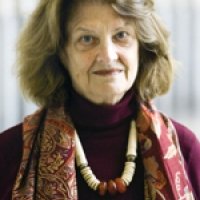 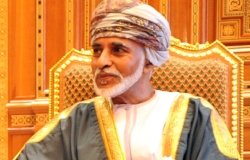 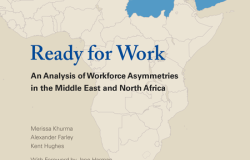 Publication
Economics and Globalization
Ready for Work: An Analysis of Workforce Asymmetries in the Middle East and North Africa 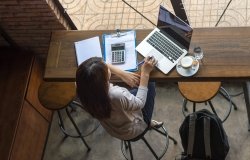