Women and Girls Rising: Progress and Resistance Around the World

Join the Women in Public Service Project for this panel discussion on the relationship between women’s rights and politics.

On February 25, 2016, the Women in Public Service Project at the Wilson Center hosted the event “Women and Girls Rising: Progress and Resistance Around the World.” The event was moderated by Foreign Policy Correspondent Indira Lakshmanan. Opening remarks were made by Gwen Young, Director of the Women in Public Service Project. The panelists included Ellen Chesler, Senior Fellow at the Roosevelt Institute and co-editor of the anthology Women and Girl Rising: Progress and resistance around the world; Shad Begum, Reagan-Fascell Fellow with the National Endowment for Democracy and the founding director of the Association for Behavior and Knowledge Transformation; and Mahnaz Afkhami, founder and President of the Women’s Learning Partnership.

Indira Lakshmanan opened the panel by asking Ellen Chesler how the global women’s movement can encourage policy changes that increase the rights of women. Chesler responded that one of the purposes of the book was to create a narrative to answer this exact question. Chesler explained how she wanted to highlight the agency and leadership of women, not just the stories of victimhood and discrimination that so often dominate our controversy- and conflict-centric world. For her, this work was about celebrating the gains that have been made, as the women’s movement “has been an extraordinary convener and developer of ideas.” Chesler emphasized the fact that the women’s movement has not simply been a grassroots endeavor or one dominated by an elite few. She traces the women’s movement back to the creation of the UN, where 17 women were present to recognize that alongside a discussion of human rights and development, there must be a simultaneous conversation about discrimination against women and their rights. Those women, and those who have had a seat at the table since, often came from liberation movements in their countries, she says. Thus, they understand the social, economic, and cultural differences that women come from, generating an extraordinary body of support from women, not of any one institution, but from all across the world. According to Chesler, this top-down and bottom-up combination has nurtured the extraordinary work the women’s movement has seen in the past several decades. “There is certainly backlash,” she added, “it’s a lot of weight on our shoulders. But there is no question that the thing that has been pushing change is the ground movements that have been pushing the global bodies, the UN, the governments, for women’s rights.”

Folllowing, Lakshmanan asked Shad Begum about whether the initiative for women’s leadership around the world has helped Pakistan’s women, or led to a perception of women’s leadership as a Western agenda, thus hindering their work.  Shad responded that progress has been made, but the global movement has both helped and hindered the women in Pakistan. When she was in Pakistan and studying at school, she said she never imagined she would be where she is today, but now women there can imagine themselves in a position like hers. She stated that through the global movement, women were able to learn from each other’s best practices, communicate and then go back to their own countries to implement these ideas. Begum explained the hurdles with the example of Pakistan’s legislative councils’ gender quotas. She said that when seats must be allocated for women, those individuals are then considered second tier as compared with the men who run in a general election for the remaining seats. The attitude, according to Begum, is that the women sit in a reserved seat, whereas the men are elected through a ‘real election process,’ and thus have more power.

Lakshmanan asked Mahnaz Afkhami if there is too much focus on women’s rights in the Global South compared to the United States, where there is still progress to be made. Afkhami argued that it is not simply a misplaced focus, but also a failure to understand the climates present in other countries. Afkhami pointed out that in the United States for instance, women’s rights have evolved through the industrialization process and several suffragist movements. She added that the benefit of global conferences was that they taught women to organize on the local level, to plan in ways that fit their context, immediate needs, and culture, but have a universal aspiration in mind. She ended by saying, “we have finally achieved a universal consciousness about the role of women in the world. We have to think that now we are brave enough, we are intelligent enough, and we have had enough valuable experiences, that we should want the whole pie, not just half, we should want to think about how to be equal in all of society, not just aim to be in half of it.”

Chesler added that she would challenge the notion that the US movement is more focused abroad than here. She pointed out the vibrant community in the country, particularly in Washington D.C., fighting for an expansion of women’s rights. She lists progress we have seen in the past 40 years, including the fact that women make up 25% of state and local legislatures, and the advancements in reproductive health policy. She then discussed the advancements we should recognize around the world, not only in women’s rights, but human rights. These included the importance placed on adolescent and reproductive health, nearly ubiquitous parity in primary schools, and the consciousness about the Sustainable Development Goals for 2030. She concluded by discussing the role women can play in human rights and development, “At the heart of the development ethos is this idea that investing in women is not just the right thing to do, it is the smart thing to do.”

The final question Indira Lakshmanan posed to the panel addressed the necessity for economic investment in women; “Does economic empowerment of women need to come before political empowerment?” Begum firmly agreed, stating that economic empowerment is the key to any development for women and anyone in Pakistan. She gave an example from her experience working with women candidates for local elections, stating, “we were able to go to women who have their own economic stability so she can run [for office] without going to her family to get permission.” That request, she pointed out, often gets the reply “we don’t have money for that.” This exemplifies the need for us “to empower these women economically, to then become political and other leaders,” Begum stated.

Ellen Chesler ended the panel discussion by stating that women’s empowerment always leads to economic growth in countries. “What it doesn’t always lead to is a growth in the progress of women however, because that requires both economic progress and a combination of human rights. The constraints [women] face because of their family responsibilities limit them from joining the economic movement for women.” To be a strong movement, Chesler concluded, we must have an economic movement and women’s empowerment together. 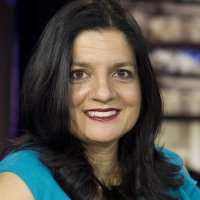