In light of recent dramatic events in Egypt, a panel of experts had a discussion regarding the future of Egypt's transition to democracy after the fall of former President Hosni Mubarak. They examined the challenges that Egyptians must now face and what this means in terms of United States involvement.

McInerney started by noting that the capacity for change through youth activism in Egypt was underestimated and, thus, largely caught Washington by surprise. He also noted that seeing regime change in Tunisia greatly inspired Egyptians to unite, mobilize, and ultimately effect the same changes. McInerney observed that there is still much work to be done and that such work will continue as long as dynamic and courageous activists like Fattah kept the momentum going.

Fattah mentioned that exactly three years ago, she was arrested for calling for an opposition rally through Facebook, which she credited with being an important tool enabling her and others to reach out and express discontent to both sympathizers and governments. She recalled the existence of resistance movements in Egypt prior to the January 25 protests, going back to 2004. Then she identified some causes around which the opposition has rallied, including the leadership of Mohamed ElBaradei, the Kifaya movement, and the outrage over the death of Khaled Said, the 28-year-old Egyptian man from Alexandria who was dragged from a cybercafé and tortured and beaten to death in June 2010 by the Egyptian security forces. Fattah stated that Egyptian protesters were galvanized by outrage over the emergency law that had been in place for over forty years and the rigged parliamentary elections of 2010. She said that to ensure that the revolution's momentum is sustained until demands for a new constitution and free and fair elections are met, protests would be held each Friday. Fattah emphasized that unity among Egyptians will uphold the revolution and foster the democratic change that Egyptians deserve.

Brownlee commented on Fattah's courage and likened this enthusiasm to that of the 18 million Egyptians who turned out on March 19 to vote on the constitutional referendum. Brownlee visited Egypt at that time to observe the vote and commented on the remarkable organization, transparency, and high turnout – features that he had never before seen in previous Egyptian elections.

Brownlee then questioned Fattah on her opinion of the transition and what role the United States should play. Regarding the transition, Fattah commented that the timeframe for the upcoming elections is too short, five months being not enough time for new groups to reach a wide enough audience. She noted that successful achievement of rightful representation ultimately depends on Egyptian solidarity and that she is optimistic about the future. With regard to the role of the United States, Fattah said that she has asked Secretary Clinton for a new relationship with Egypt. She stated that if the United States really supports democracy in Egypt, then support should not be given only to the government, but to civil society, as well. Fattah called for an action plan that supports Egyptians during difficult times, not just after a successful revolution has been declared. Fattah suggested technical and financial support, training of a new security force to secure Egyptians, and assistance from the international community to help return the billions of dollars possessed by the Mubarak family back to Egypt to help reinvigorate the economy. 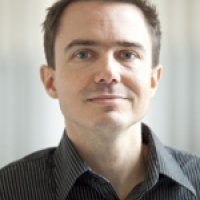