Zhou Enlai and Taiwan: The History and Legacies of Three “Peace Initiatives”

Previewing material from his much anticipated biography of Zhou Enlai, acclaimed historian Chen Jian will discuss how Zhou—China’s long-time premier and the face of PRC diplomacy and international relations for several decades—crafted policy towards Taiwan during several critical periods in cross-strait relations.

Previewing material from his much anticipated biography of Zhou Enlai, acclaimed historian Chen Jian will discuss how Zhou—China’s long-time premier and the face of PRC diplomacy and international relations for several decades—crafted policy towards Taiwan during several critical periods in cross-strait relations.

Drawing on a wide assortment of Chinese language archival materials, Chen will introduce Zhou’s long history of managing the Communist Party’s relations with the Kuomintang (KMT), or the Nationalist Party, and the exiled leader Chiang Kai-shek (Jiang Jieshi) in particular. Chen’s talk will focus on three specific “peace initiatives” that Zhou put forward towards Taiwan in the periods 1955-1957, 1960-1965, and, finally, in 1973 following Nixon’s visit to China.

Although all three of Zhou Enlai’s “peace initiatives” failed to bring about a lasting reconciliation between the CCP and KMT and between Mainland China and Taiwan, they nevertheless left behind a lasting legacy for PRC policy and discourse toward Taiwan. Chen Jian will conclude with a reflection on how these initiatives influenced Beijing's adoption of the “one country, two systems” policy toward Taiwan following Zhou Enlai’s death in the late 1970s and beyond.

Chen Jian is a leading scholar in modern Chinese history, the history of Chinese-American relations, and Cold War international history. Chen is Distinguished Global Network Professor at NYU Shanghai with an affiliated appointment at NYU. He is also Zijiang Distinguished Visiting Professor at East China Normal University, and Hu Shih Professor of History and China-US Relations (Emeritus) at Cornell University. Among his many publications are China's Road to the Korean War (1994), The China Challenge in the 21st Century: Implications for U.S. Foreign Policy (1997), and Mao's China and the Cold War (2001). He is now completing a diplomatic and political biography of Zhou Enlai. 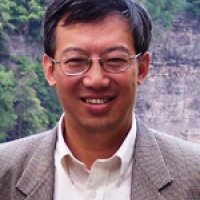