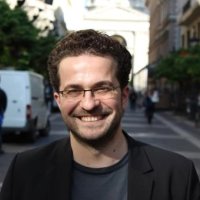 For Cold War historians, the National Archives of India and the Nehru Memorial Museum and Library in New Delhi offer great access and unique opportunities for research. Their holdings—almost all in English—include both official records and private papers created between World War II and the mid-1980s, although for general use, researchers can access collections even from pre-colonial period.

Along with two other researchers from the Nuclear Proliferation International History Project, I spent two and a half months during 2016 in New Delhi. There, I investigated India’s perspectives on nuclear technology exchanges among India, Yugoslavia, and Egypt (the three leading countries of the Non-Aligned Movement) as part of a broader project on the history of Yugoslavia’s nuclear program.

Here I share some of my experience working at the National Archives of India (NAI) and the Nehru Memorial Museum and Library (NMML), highlighting the interesting collections available at both institutions and offering some basic advice to people considering a research trip to New Delhi.

National Archives of India: Government Records A to Z

The National Archives (NAI) are the central repository for records produced by the Government of India. Its holdings are arranged by provenance and maintain the somewhat organic structure of each government ministry’s own archives (the incomplete catalog is available online). Each ministry’s records are further organized by “transfer lists,” or specific tranches that were declassified and deposited at the NAI at a given time. Unfortunately, there is no information about documents that remain classified, which narrows research possibilities and consumes time.

The collections of the Indian Ministry of External Affairs (MEA) arguably contain the most important records for Cold War international history. The MEA’s files are divided into several dozen transfer lists corresponding to the ministry’s internal organization. These include the Europe and Pakistan Divisions, the Historical Division-Research and Intelligence Section, Disarmament Unit, United Nations, and many others.

The MEA’s collections illustrate India’s unique perspective on the variety of political, strategic, and economic problems that were important to successive Indian Governments during the Cold War. Notable collections include India’s relations with Pakistan and other neighboring countries, Sino-Indian diplomatic relations, perspectives on the Sino-Soviet split, relations with Cold War superpowers, Indian perspectives on the IAEA and the nuclear non-proliferation regime, among others.

In addition, the MEA collection also contains monthly reports from Indian embassies all over the world through the early 1980s (India follows a standard 30-years restriction policy). These reports were usually composed by India’s ambassadors, often very well-informed and keen observers of the political developments in the countries in which they were stationed. I found the records of the Prime Minister’s Office, the Planning Commission, and the Department of Science & Technology equally useful.

Research at India’s National Archive is, unfortunately, rather time consuming. Although researchers can request up to 500 pages of photocopies per month, photography is not permitted. These limitations often transform research into a frantic retyping of the most important documents, or at least the most important section of a particular document.

Another problem is that “prized” documents are often on a very long waiting list. This is partly due to high demand among researchers, but more because the process of retrieving records, fulfilling photocopy requests, and refiling records takes the NAI several months. In my own experience, there were many documents I wanted to see but could not request, even after waiting more than two months. To my great disappointment, every attempt was met with a short note from the archivist: “Supply to RR,” that is, the Research Room, or “N. T.,” meaning not transferred to the NAI depot. This is a frustration that cannot be predicted in advance, and cannot be circumvented when it happens.

An additional hurdle is that researchers can request only specific documents, not the archival box or any larger section/series in which the document is located. In a similar fashion, transfer lists offer somewhat artificial topic-based sub-sections which were assembled by archivists during the declassification process. Researchers, thus, often lose archival context and the bigger picture.

Nehru Memorial Museum and Library: A unique mix of personal files and official documents from India’s most influential public figures

The Nehru Memorial Museum and Library holds the personal papers of a great number of important Indian politicians, statespersons, industrialists, scientists, and public figures. These personal collections contain a variety of records, ranging from annotated copies of official governmental files or reports to personal letters and notes exchanged with friends or colleagues. This documentary variety can reveal information and context that is often missing from official reports stored at the NAI. However, the quality, volume, and organization varies significantly between different collections.

The archive itself is well organized and the process for requesting documents is simple. Photography is forbidden, but it is possible to request photocopies of the documents, which usually takes just a few days. Notable collections include the personal papers of P.N. Haksar—one of Indira Ghandi’s close advisors—and those of several of leading diplomats. Equally captivating are T.N. Kaul’s papers, who was ambassador to both the United States and Soviet Union in the 1970s and the 1980s.

Of course, there are limitations. For example, the NMML holds the personal papers of Jawaharlal Nehru, India’s long-time prime minister. Unfortunately, all documents from after World War II in this prized collection remain classified and inaccessible to researchers. This limitation, based on Nehru’s importance and the volume of sensitive information contained in his papers, is more of an exception rather than the rule, but it is nevertheless a frustrating one. In addition, a number of the open collections are not sorted. While researchers can request the documents, the material is not organized and no finding aids exist.

Finally, the NMML also holds a very rich collection of scholarly books of Indian origin not available in other countries, offering original analyses based on equally original documents about various topics.

To summarize, my own experience in the Indian archives was fruitful and rewarding, but the photography ban, the limit on photocopies, and the ability of some private researchers to check out collections for periods in excess of two months pose barriers to short research trips. A research trip to New Delhi is essential for those studying any aspect of Indian or South Asian history. I encourage prospective researchers of Cold War history and nuclear history to plan for a longer, but potentially more rewarding research trip than they would for other archives.

Finally, in advance of a visit to either repository, also I suggest contacting the archivists at archives@nic.in for the NAI and lio.nmml@gov.in for the NMML. This is a necessary step in order to initiate the application procedure which requires letters of recommendation both from the researcher’s institution and the embassy - without these documents it is impossible to gain access either to the NAI or the NMML.

I would like to extend my gratitude to Dr. Giordana Pulcini (Università degli Studi Roma Tre ) and Ryan Musto (The George Washington University), two other NPIHP researchers in New Delhi, for collegial support and inspiring conversations that helped me significantly in preparing this report.

Marko Miljković is a PhD candidate at the Department of History at the Central European University in Budapest (Hungary). His dissertation project is titled “Tito’s Proliferation Puzzle: The Yugoslav Nuclear Program, 1948-1970”.