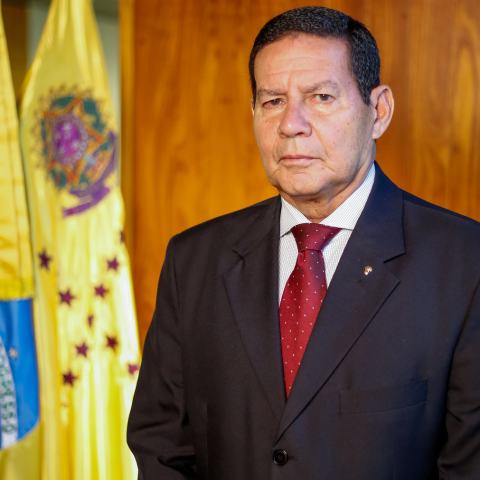 Vice President of the Republic of Brazil

Born on August 15, 1953 in the city of Porto Alegre (RS), Vice President Antonio Hamilton Martins Mourão is the son of Division General Antonio Hamilton Mourão and Wanda Coronel Martins Mourão. In 1972, he joined the Agulhas Negras Military Academy (Aman), headquartered in Resende (RJ), and was declared Aspirant Officer of the Artillery Arms on December 12, 1975. In addition to Training and Improvement courses, Mourão completed the High Military Studies and Army Policy, Strategy and Senior Administration degrees of the Army Command and General Staff School, and has also undertaken Basic Paratrooper, Master Parachuting, Military Freefall and Jungle Warfare courses. Mourão has served in a number of posts and roles throughout his military career, including as instructor at the Agulhas Negras Military Academy, member of the United Nations Angola Verification Mission III, Military Attaché at the Brazilian Embassy in Venezuela and Commander the 27th Campaign Artillery Group in Ijuí (RS). With a long military career, Hamilton Mourão was elected to the position he considers the greatest challenge of his life: to be Vice President of the Republic. As General Officer, he also commanded the 2nd Jungle Infantry Brigade in São Gabriel da Cachoeira (AM) and the 6th Army Division in Porto Alegre (RS), in addition to posts as Military Commander of the South and Secretary of Economy and Finance of the Army. He also presided over the Military Club of the city of Rio de Janeiro. After leaving active duty in February 2018, Mourão joined the PRTB party, thus beginning his political career.

Image by Romério Cunha, Official Photograph of the Vice-President via Palácio do Planalto Flickr 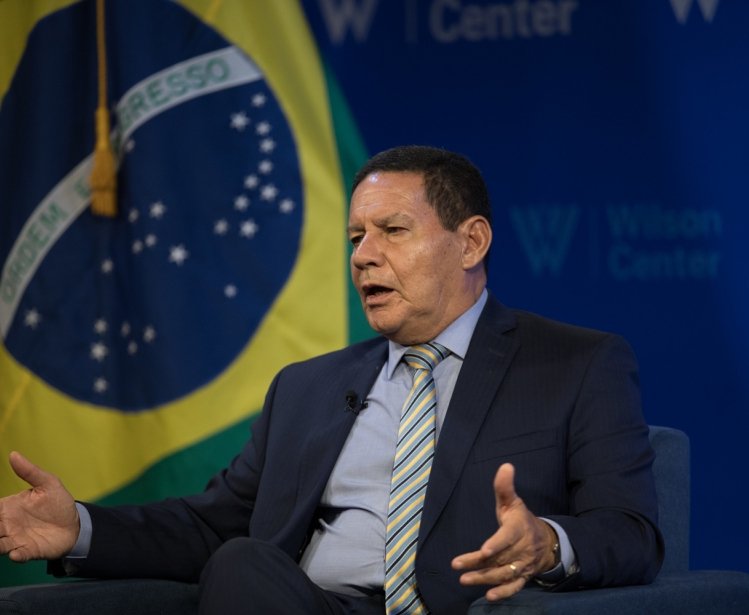 Event
Governance
A Conversation with His Excellency Hamilton Mourão, Vice President of the Republic of Brazil
On Tuesday, April 9, 2019 at 5:30 – 6:30 ET
Loading...