Frédéric Bozo is currently professor at the Sorbonne (University of Paris III, Department of European Studies). He was previously professor at the University of Nantes (1998-2005) and associate professor at the University of Marne-la-Vallée (1994-1998). From 1988 to 2006 he was an associate researcher at IFRI, the Paris-based French institute for international relations.Born in 1963, Frédéric Bozo was educated at the Ecole normale supérieure, at the Institut d'études politiques de Paris and at Harvard University. He received his doctorate from the University of Paris X - Nanterre (1993) and his Habilitation from the Sorbonne - Paris III (1997). He was a senior fellow at the Norwegian Nobel Institute in Oslo in 2002 and in 2007. His focus is on French foreign and security policy, transatlantic relations and Cold War history. His book publications include: Mitterrand, the End of the Cold War, and German Unification (Oxford: Berghahn Books, 2009, first published in French by Odile Jacob, 2005); Two Strategies for Europe: De Gaulle, the United States and the Atlantic Alliance (Lanham: Rowman & Littlefield, 2001, first published in French by Plon, 1996). He also co-edited Europe and the End of the Cold War: A Reappraisal (London: Routledge, 2008, with M.-P. Rey, N. Piers Ludlow & L. Nuti) and he published a book of interviews with Stanley Hoffmann, Gulliver Unbound: America's Imperial Temptation and the War in Iraq (Lanham: Rowman & Littlefield, 2004). Other books published in French include: La Politique étrangère de la France depuis 1945 (Paris : La Découverte, 1997); and La France et l'OTAN. De la guerre froide au nouvel ordre européen (Paris : Masson, 1991). He has published articles in Cold War History, Contemporary European History, Diplomatic History, Politique étrangère, and Survival. He also has a chapter in the recently published Cambridge History of the Cold War (Melvyn P. Leffler and Odd Arne Westad, eds).During academic year 2010-2011, he will be a Fulbright Scholar and a Public Policy Scholar at the Woodrow Wilson Center in Washington, working on a book project on the 2002-2003 transatlantic crisis over Iraq. 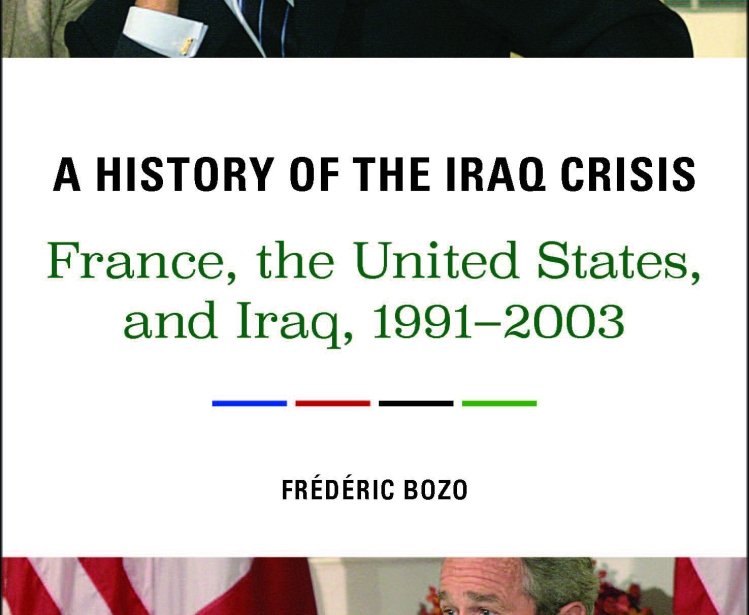 Book
Diplomatic History
A History of the Iraq Crisis: France, the United States, and Iraq, 1991–2003