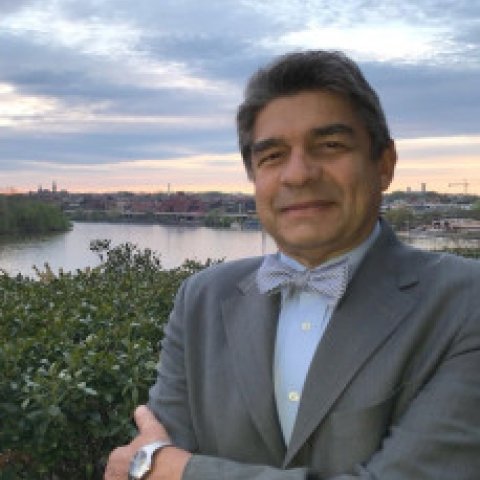 "A Study of UN Reform"

Dr. Luis Bitencourt was appointed to CHDS in July 2005. Prior to joining NDU, Dr. Bitencourt was the Director of the Brazil Project (2000-2005) at the Woodrow Wilson International Center for Scholars and Visiting Professor at the Georgetown University.For most of his professional life, Dr. Bitencourt simultaneously pursued two careers. In the Brazilian federal administration, he performed several functions related to research and training in strategic planning, international security, public administration, and intelligence (1974-1999). At the Catholic University of Brasilia, Dr. Bitencourt was a professor and dean (1987-2000).Dr. Bitencourt also worked for the United Nations as a Regional Coordinator in East Timor, as a member of the Team of Electoral Experts in Tajikistan, and as a rapporteur for the U.N. Commission on Intervention and Sovereignty. He has a doctorate and an M.A. in World Politics from the Catholic University of America, and an M.A. in Political Science from the University of Brasilia. His Bachelor's Degree is in Mathematics. His research interests include hemispheric security, terrorism, trade, and democracy.