Luis Carlos Ugalde is a Reagan-Fascell fellow at the National Endowment for Democracy in Washington, D.C. He was president of Mexico's Federal Electoral Commission (IFE) from 2003–2007, presiding over the country’s bitterly contested 2006 presidential election. Dr. Ugalde has taught at various universities across Mexico and the United States, among them the Instituto Tecnológico Autónomo de México (ITAM), the Center for Economic Research and Teaching (CIDE) in Mexico City, Georgetown University (2002), and American University (2000). In 2008, he was the Robert F. Kennedy Visiting Professor of Latin American Studies at Harvard University, where he had also been a fellow at the David Rockefeller Center for Latin American Studies in 2001. In addition to his role at IFE, Dr. Ugalde has held various positions within the Mexican government, including chief of staff to the Secretary of Energy (1997) and chief of staff at the Embassy of Mexico to the United States (1997-2000). He has authored numerous publications, including As I Lived It: A Testimony of the Most Competitive Election in the Modern History of Mexico (2008, in Spanish). He received a Ph.D. in Political Science (1999) and a master’s degree in public administration (1992), both from Columbia University in New York. He holds a B.A. in Economics from ITAM (1990). 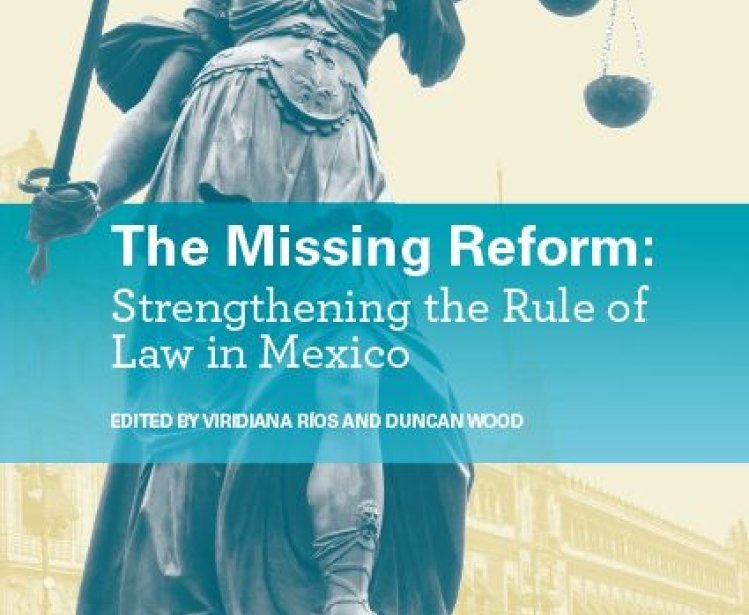 Publication
Rule of Law
The Missing Reform: Strengthening the Rule of Law in Mexico
Loading...