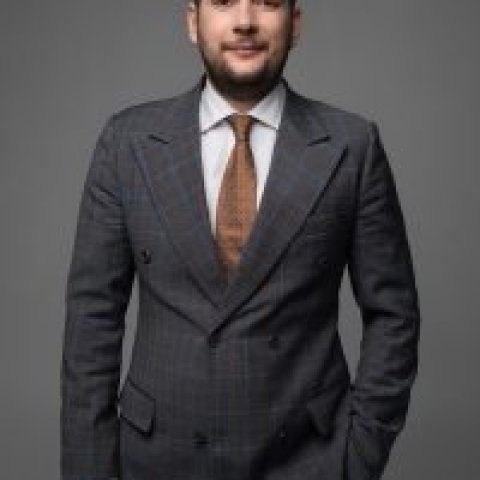 Responsible for strategic planning, development of relations with international partners, in particular, donors, international financial institutions, foreign system operators, ENTSO-E, Energy Community Secretariat, European Commission Directorate-General for Energy, development of internal and external communications, personnel management, corporate and social responsibility, coordination of the “single window,” etc. Before his appointment at NPC Ukrenergo, he was the Head of Department for Strategic Planning and European Integration of the Ministry of Energy and Coal Industry. During his tenure at the Ministry, Mykhailo Bno-Airiian headed the working group for development of a new draft law on the electricity market, headed the group developing the restructuring model for NJSC “Nafrogaz of Ukraine,” initiated establishment of the strategic working group for response to investor problems, and rebooted the international relations section. While in his role as Advisor to the Vice Prime Minister, Mykhailo Bno-Airiian was responsible for healthcare sector. In particular, his active position contributed to a significant simplification of access of the seriously ill to analgesics, the implementation of European standards for drugs manufactured in or imported to Ukraine. He has previously served as Advisor to the Foreign Minister in 2010-2013, where he was responsible for economization of foreign policy.