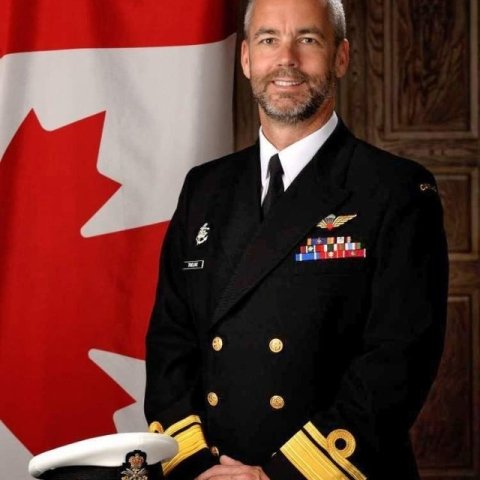 RAdm Truelove, born in Liverpool, Nova Scotia, enrolled in the Canadian Forces in 1981. He attended Royal Roads Military College, graduating in 1985 with a Bachelor's Degree in Military and Strategic Studies. After graduation, he completed his initial naval officer training in HMC Ship's CHALEUR, FUNDY, SASKATCHEWAN and

QU'APPELLE. In 1986, he was posted to HMCS ATHABASKAN where he served as a Bridge Watchkeeper, Navigation Officer and Above Water Warfare Officer. This was followed in 1990 by a two-year assignment at the Canadian Forces Officer Candidate School in Chilliwack, BC.

In 1992, RAdm Truelove was promoted to Lieutenant- Commander and attended the Operations Room Officer course. On completion, he was posted to HMCS IROQUOIS as Combat Officer until 1995, including a 7-month deployment to the Adriatic Sea in support of the United Nations Embargo on the former Yugoslavia. In 1995, he was appointed as the Senior Staff Officer, Above Water Warfare in Maritime Command Headquarters following which he returned to Victoria in 1997 to assume Command of HMCS CHALEUR. In 1998, he attended the Canadian Forces Command and Staff College and was then promoted to Commander and appointed as Executive Officer of HMCS PRESERVER. RAdm Truelove returned to Victoria to command HMCS REGINA from August 2001 – August 2003, including a 5 month deployment to the Persian Gulf in support of Operation Apollo – Canada's contribution to the War on Terrorism. He then commanded the Naval Officer Training Center in Victoria, BC from September 2003 until June 2004.

In July 2004, RAdm Truelove was selected to attend the Naval War College in Newport, Rhode Island as a member of the Naval Command College Class of 2005, while also completing a Master's degree in International Relations at Salve Regina University. In August 2005, he was appointed as the Canadian Forces Naval Attaché in Washington and subsequently assumed Command of Maritime Operations Group Four in Esquimalt in July 2006. In 2007, RAdm Truelove moved to Ottawa and assumed duties as the Special Assistant to the Vice Chief of the Defence Staff until July 2008 when he transitioned to Special Advisor to the Chief of the Defence Staff. He was promoted to Commodore in June 2009, and was Commandant and Vice Chancellor of the Royal Military College of Canada from 2009 – 2011. Following a 9-month deployment at ISAF HQ, Kabul, Afghanistan as the Deputy in the Strategic Communications Directorate, RAdm Truelove was promoted to his current rank in May 2012 and commanded Maritime Forces Pacific/Joint Task Force Pacific from 4 June 2012 until July 2015.

He assumed command of the Canadian Defence Liaison Staff (Washington) and became Defence Attaché to the United States on 31 July 2015.

A Commander of the Order of Military Merit and twice awarded the United States Legion of Merit, RAdm Truelove is married to Brenda ( nee Foss ) and has two children, Anthony and Ashley. 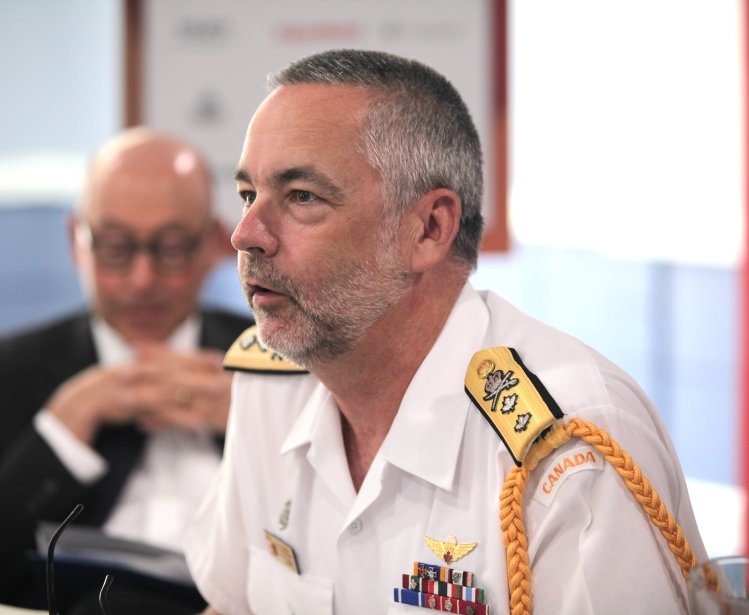 Article
Security and Defense
Canada's Outgoing Defence Attaché: U.S. and Canada Still Have Each Other's Back