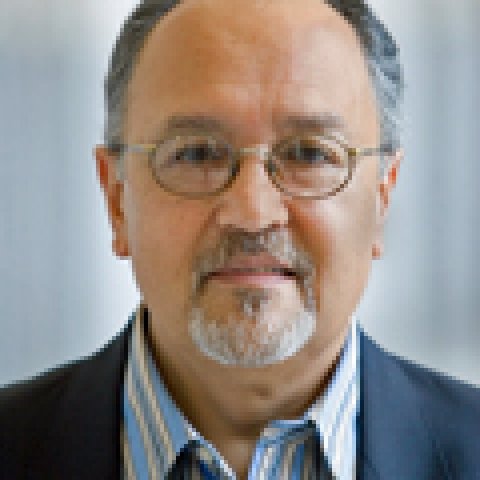 "Weak States and Institutional Reforms in the Andean Region"

As an undergraduate student at the University of Marburg and the Free University of Berlin my key interests were in political philosophy and my focus was on philosophical foundations of politics and modernity. Berlin was then at the heart of the Cold War and the confrontation of radically different political systems. My first intellectual and political experiences were deeply marked by this context that sparked my interest in issues related with the interaction of modernity, critical theory, and democracy. My dissertation on Heidegger's ontology and his interpretation of modernity at the Free University of Berlin arose from my concern to come to grips with a philosophical way of thinking aimed at restoring anti-democratic politics. As professor of political science at FLACSO, Mexico I continued working on issues of critical theory by bringing them together with my growing interest on the pitfalls of democratization in Latin America. Since my return to Bolivia in 1984 after more than two decades of residence in Europe and Mexico my main theoretical concern shifted toward exploring the complex problems and challenges of democratic institution-building and governability in Latin America focusing on issues of political representation, the role of political parties, the interaction between political parties and social movements, and the implications of electoral systems and presidentialism for party system development and democracy. Various books like De la Anomia Política al Orden Democrático, CEBEM 1991, Democracia y Gobernabilidad en América Latina, Nueva Sociedad/Caracas, CEBEM 1992, were the product of this research for which I had the privilege to receive the support of the Volkswagen Foundation and the Swedish Cooperation Agency for Research and Development. As Visiting Fellow of the Kellogg Institute at the University of Notre Dame (1994, 2001), Associate Professor of FLACSO, Ecuador (1999-2004), and Visiting Professor at Brown University (2004-2005) I was given the great opportunity to deepen in teaching and research this line of research by addressing the problems of democratic governance associated with the crisis of governments and political parties as well as with the emergence and politicization of ethnic-based social movements. Given the setbacks and the erosion of democracies in Peru, Venezuela, and Bolivia, I have increasingly given more attention to the causes and consequences of the collapse of party systems in the region and to the revival of authoritarian, populist regimes. An in-depth and updated comparative work on populism in the Andean Region work led to several publications like Antipolítica y Neopopulismo, CEBEM 1995, and "Outsiders and Neo-Populism: The Road to Plebiscitary Democracy," The Crisis of Political Representation in the Andes, eds. Ana María Bejarano, Eduardo Pizarro, and Scott Mainwaring, Stanford University Press 2006. Conferences I co-organized at FLACSO, Ecuador -"Institutional Reforms and Political Crisis in the Andes" (April 2004) - and at Brown University -"Turmoil in the Andes: Eroding States and Fragile Democracies" (April 2005) - helped me design a new research project which I began to carry out with a Guggenheim Foundation Fellowship in 2005-2006. This project on weak states in Bolivia and Ecuador which is the core of the work I will pursue at the Wilson Center is based on key conclusions of my analysis of the collapse of party systems and the breakdown of democratic governments provoking a state crisis. I intend to deal with the crucial problem which has raised doubts about the viability of democracy in the Andes.

Institutional development of democracy in Latin America; political parties and governance in the Andes region; democratic theory and political philosophy 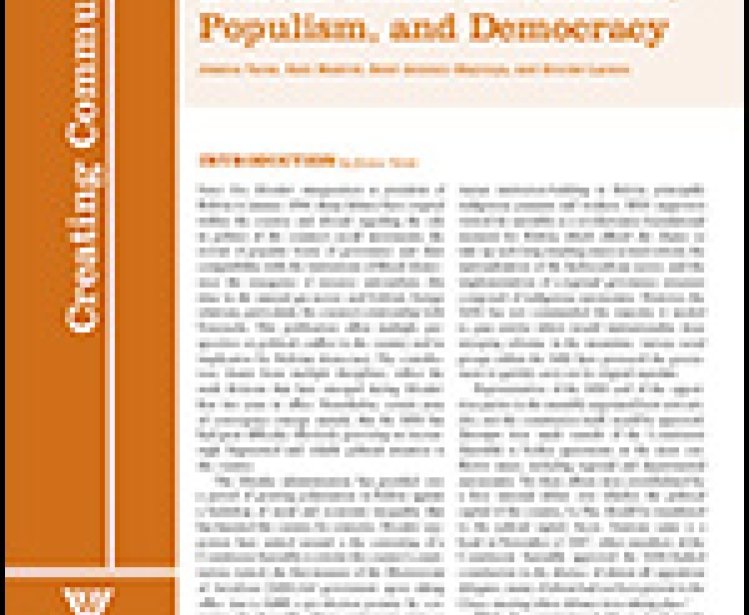